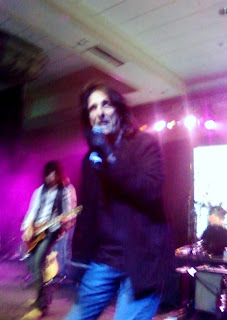 On March 2nd, Konformist editor Robert Sterling, along with Konformist Kontributor and pal Chris Dolan of Celebrity Circle Television (a L.A.-based cable show from the 80s returning soon after a 22-year hiatus) arrived at the JW Marriott Desert Springs Resort & Spa.  The end result: we were within five feet of Rock HOFers Alice Cooper and guitarists Robbie Krieger (of The Doors) & Steve Cropper (of both Booker T. & The M.G.'s and The Blues Brothers band) as they rocked out to a few Cooper tunes.  The cause?  the Second Annual Patrick Warburton Golf for Kids Tournament, a charity event that benefits St. Jude Children's Hospital, founded by the actor best known as Seinfeld's David Puddy.  Steve Cropper was particularly kind, as he and Dolan are old friends, and we had a great time with his wife Angel and his friends.  Among the others at the event were fellow Seinfeld alumni John O'Hurley, Jerry Cantrell (former Alice in Chains guitarist), actor Robert Hayes, actor Rob Morrow and comedian David Spade.  A pretty mind-blowing event.  For more info: 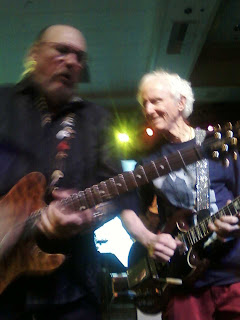 Meanwhile, on March 1st, Sterling & Dolan were at the Golden State Collective Cannabis Lab in Santa Monica for another worthy cause.  It was The 420 Collection, an exhibition of paintings by Grace Slick to raise awareness on the issue of medical cannabis.  It was a honor meeting Ms. Slick, who literally had a deep conversation with the two of us for over a half hour.  A portion of the proceeds went to the Marijuana Policy Project (MPP).  For more info: 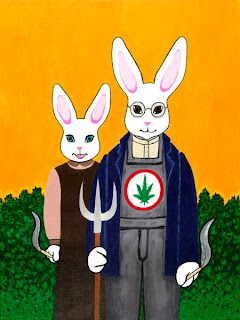 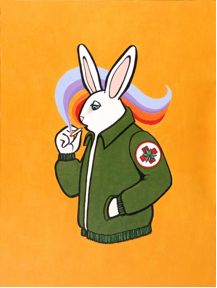 Attractive section of content. I just stumbled upon your weblog and in
accession capital to claim that I get actually loved account your
weblog posts. Anyway I'll be subscribing in your augment or even I fulfillment you get admission to persistently quickly.
Also see my website > smoking bowls and pipes

Very Interesting topic with a nice photograph. Than you for sharing with us.