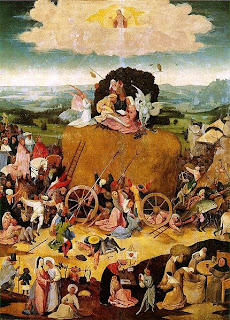 What to make of my father, Dr. Leslie Allen Beldo AKA Pete Beldo who passed on peacefully today at the age of 90 plus years? For starters, he read the entire Webster’s Unabridged Dictionary cover to cover, more than once. He could do differential calculus in his head, yet one time I discovered him in the garage trying to mix four stroke oil and gasoline together for the lawn tractor. His capacity for abstraction tended to distance him from the rest of us (I.Q 165) and we could never fully figure out where he was in his mind. Yet, he could dance a mean Polka/Tango/Cha-Cha with my mother and make some sublime tasting Finnish pancakes, bouillabaisse and exotic hors de oeuvres conjured from French cookbooks.

The youngest of thirteen children, he suffered through the Great Depression on a rather bleak and desperate farm in Sebeka, Mn. where life was hard and self sufficiency essential. The experience forever made him a liberal Democrat who greatly admired FDR and his New Deal. Generous to a fault, my dad always put himself last and helped so many struggling people throughout the years for he himself knew what hardship was. People like this are nearly non-existent now, especially  in our age of infantile self absorbtion and the cut throat capitalist philosophy of Ayn Rand.

Les should have never been enlisted in the army (WWII) for he had a pre-existing condition of high blood pressure.  Experiencing the ‘theater of war’ not only compromised his physical health but made him quite cynical about the military. We could never really get him to open up about it at all. No stranger to the machinations of bureaucracy, he had a kind of superhuman tenacity to work through reams of red tape to get things done- a skill he no doubt acquired during all his years working in market research, long range corporate planning as well as during his time as an enlisted man. He successfully helped a family member receive compensation from an insurance company which initially rejected the claim that was submitted to them.  He also once helped an uncle get veteran’s benefits after his initial application was rejected.  Such perseverance against all odds also has been a great source of inspiration for us.

My father was a bit self deprecating, which is an understatement.  His name appeared in the Royal Blue Book of 1969 which had such distinguished persons as Robert F. Kennedy listed in it. Even though he had quite a bit of clout in the advertising world at the time, having written a very influential report on how to advertise beer for the Hamm’s Brewing Co. amongst other things,  he always downplayed the influence he had in the corporate world. He named the Ford Mustang back in the early 60’s, Chanel perfume and even came up with the concept of Hamburger Helper.  He was quite skilled in writing, having earned a journalism as well as a psychology degree at the University of Minnesota. His penchant for naming things so notably also extended to a more domestic realm: Marauder the Tabby cat, Daffodil the Sheepdog and Java, an errant mutt we had back in the seventies, being a few of the more outstanding examples of  his ability to come up such memorable nomenclature.

My father was very cultured and constantly encouraged us to read, listen to classical music and watch foreign films, which I used to do with him back in the days when such things actually aired on television. Most of all he inspired us to become our own teachers.

“Always get an education.” He once told me. “It’s the one thing that no one can take from you.”  These words have stuck with me for my entire life. It was the best advice he could have given for it certainly is true-none of the vultures hovering about have been able to take this from me.

“Rise above the deadly middle.” He also advised me and pointed out that the word ‘mediocrity’ has its etymological origin in ‘halfway up the mountain.’ of which he underlined several times in red ink in his well worn copy of the above mentioned dictionary. He once showed me a painting called The Hay Wain by Hieronymous  Bosch and all the gluttonous, desperate souls trying to hop aboard this allegorical vehicle for a free ride. He certainly had his share of people trying to do the same on his own personal hay wain and it took a profound toll on him.

“The world is a pretty brutal place for anyone who has a sensitivity to art, music and literature.” Is another observation of his that has stuck with me and, based on personal experiences over the last 30 years or so, has rung so very true. He amassed a personal library/fortress with well over 5000 books of which I spent most of my life going through as well as hundreds upon hundreds of classical music, Opera LPs and the like.  Yet, he could listen to Bob Wills and the Texas Playboys and Johnny Cash for he had none of the snobbery usually associated with the high hat endeavors listed above. Farm life does that to a person I guess.

He had quite a macabre sense of humor as evidenced by the legions of cartoons he would draw, many of which I’d find in the marginalia of his books, on the back of bank statements, paper napkins, drink coasters, etc. I once found one on the inside cover of Marshall McLuhan’s book, The Gutenberg Galaxy, of a man kneeling at a cross on which was inscribed a bar graph  indicating a more banal dimension of profit and loss. Sadly, as the cartoon suggests, salvation only can be found at the bottom line for many.

His skills as a photographer also were very apparent-esp. in his 35mm photos taken with natural light. Gifted in the art of composition, he could catch the true essence of whatever subject matter he chose to depict. His pictures often betrayed the rather cold and remote persona he projected upon the world-revealing  that he was quite a sensitive, vulnerable and caring soul indeed.

It is through this all too brief tableaux of portraitures described here that I choose to remember my dear father, on this sad and painful day.