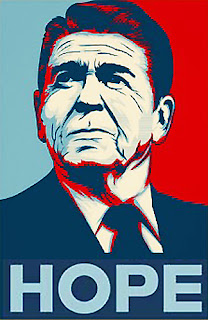 Here’s an article from Paul Krugman in the New York Times about the state of the economy, and this quote pretty much sums up his verdict: “In fact, if it weren’t for this destructive fiscal austerity, our unemployment rate would almost certainly be lower now than it was at a comparable stage of the ‘Morning in America’ recovery during the Reagan era.”

Krugman, a Nobel Prize winner in economics, is about as “liberal” (whatever the hell that means in 2012) as the korporate media will allow at this point. He has often been highly critical of Barack Obama, especially during the 2008 Democratic Party race, when he was one of the few to note Obama’s economic policies were already in campaign mode decidedly to the right of both Hillary Clinton and John Edwards.

Next, look at government purchases of goods and services (as distinct from transfers to individuals, like unemployment benefits). Adjusted for inflation, by this stage of the Reagan recovery, such purchases had risen by 11.6 percent; this time, they’re down by 2.6 percent.

And the gap persists even when you do include transfers, some of which have stayed high precisely because unemployment is still so high. Adjusted for inflation, Reagan-era spending rose 10.2 percent in the first 10 quarters of recovery, Obama-era spending only 2.6 percent.


Of course, there’s many reasons behind this (two obvious ones are cutbacks on the state level aided by a lack of support from Washington and the extreme right-wing economics embraced by the GOP) but there’s a more obvious elephant in the room: Obamanomics is a primary cause for our current economic malaise. Indeed, his already right-wing campaign prescriptions hidden behind inane, context-free mantras like “Change” and “Hope” have been followed by actual policies which are even more reactionary than supposed liberal demon Ronald Reagan.

Krugman, even with his history of criticism against Team Obama, avoids these implications that his stats reveal. He also avoids the even greater indictment: for all the failures of George W. Bush and his reign, to blame the unemployment and tepid economy of 2012 on him would be untruthful. Barack Obama may have inherited a really bad hand, but his policies now are the bigger cause for economic woes than eight years of Bush Jr. This is all the more appalling when one considers Obama came into office with sixty out of 100 Senators, a decided majority in the HOR, and a supposed vast popularity with the public that desired leadership to combat the economic crisis.

The punchline: as the positions of Mitt Romney are even more reactionary that Obama’s, it appears that we are headed for a lost decade of economic malaise at least until 2016, and probably even further as the economic status quo shifts decidedly to the right.

Read Krugman in the NY Times:
http://www.nytimes.com/2012/03/05/opinion/krugman-states-of-depression.html
*
The Women Who Named The ‘Big Mac’ Received A Plaque
http://www.disinfo.com/2012/04/the-women-who-named-the-big-mac-received-a-plaque/
Posted by Robalini at Monday, April 23, 2012