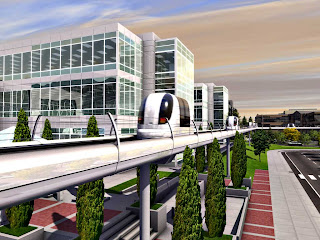 The Ultra team comprises a balance of technical and operational experience and are recognized leaders in the transport systems industry.

Originally an engineering research project to devise the optimum urban transport solution for the 21st century, Ultra began development in 1995 in association with the University of Bristol.

By 2001, the company had established a 1km test track in Cardiff, where it has conducted trial runs of several generations of PRT vehicles.

In 2000, Ultra won the UK government Innovative Transport contract resulting in £2.7m funding for the design and development of a full prototype. Three years later and the Ultra pod system was approved for public use by the UK Regulatory Authority (HM Rail Inspectorate).

In 2005, Ultra was chosen to build a pod system at London’s Heathrow Airport; this system now provides 900 passengers per day with a vital link from the T5 Business Car Park to the terminal.