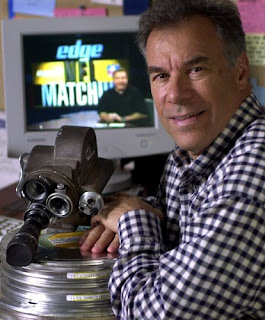 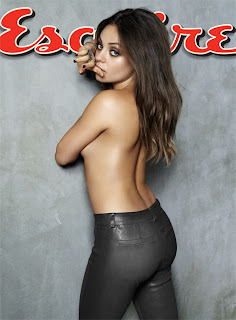 Or as she might say (and did), "If I wanted to charm the pants off you, I could." She talks like that and she looks like that, even when she's really not trying hard at all... 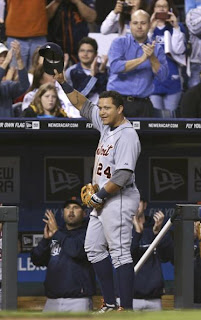 Miguel Cabrera is the 1st triple crown winner since Carl Yastrzemski in 1967.

For those who missed it (It is Fairfax Public Radio, so I know everyone did :P)... you can listen to the 9.14.12 interview using the below link - listen to me discuss the Financial Crisis, the Foreclosure Crisis, Bank Fraud, and other important issues of the day :)

You can also do a search for my 2011 appearance on this same show, if interested. 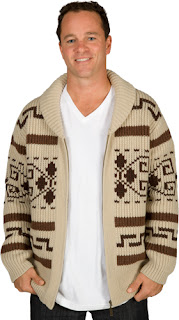 80sTees.com has added some more more kool items to its Big Lebowski page.  Among the choices: The Dude's sweater, The Dude's bowling shirt and a Halloween costume version of The Dude in his robe... 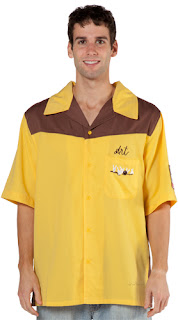 We made our first beer soap in 2006.  In October of 2008 we launched a line of 9 beer soaps. To our surprise those 9 varieties sold out within 3 days! That is when we realized that we were on to something, and we decided to expand!

In January 2009 we officially opened The Beer Soap Company, launching 25 different varieties. Since then we have grown to 120 varieties and counting!

The Great Courses brings engaging professors into your home or car through courses on DVD, audio CD, and other formats. Since 1990, great teachers from the Ivy League, Stanford, Georgetown, and other leading colleges and universities have crafted over 390 courses for lifelong learners. We provide the adventure of learning, without the homework or exams.

We love Retroland, but are a little disappointed they got rid of the Retropedia, which included all the great entries from the now defunct Yesterdayland.  You can still find Yesterdayland's content via Archive.org, but here's another option, a site that also has a fun blog that is on the Retroland level...

we have seen remarkable growth since its 1991 debut as a small kiosk in a Miami mall. Today our stores can be found in fashionable shopping districts around the world - from North America, Europe and the Middle East to Australia, South Africa, Hong Kong and beyond... 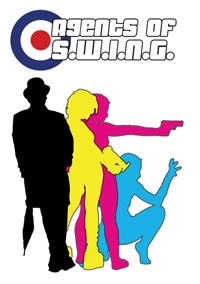 Agents of SWING is a FATE-powered Spy-Fi adventure game in which you take on the part of secret agents, working throughout the world in the 1960s and 70s to avert catastrophe, punish evildoers and stop the two superpowers from annihilating each other.

A slimmed down and sped up version of FATE, derived from Cubicle 7's Starblazer Adventures, SWING simplifies the system and lets you get right into the action.

There are rules for agents, villains, henchmen and goons. There are rules for coming up with nefarious organisations, hints and tips on how to run the game (including a 'plot stress' adventure structure) and a ton of starting level PCs so that you can pick up and play right out of the book.

A hit during playtesting at UK conventions, now you can finally get your hands on Agents of SWING and start laying into the enemies of humanity.

Just do it with STYLE.

"I hate the word homophobia. It's not a phobia. You are not scared. You are an asshole."

YouTube Clip of the Month
THE SIMPSONS - Homer Votes 2012
http://www.youtube.com/watch?v=ArC7XarwnWI

Who will Homer Simpson vote for in the 2012 Elections? Barack Obama or Mitt Romney?

CBS' new drama Vegas has made a lot of headlines by putting its money on Dennis Quaid, who's making his debut on series television. But is the network also taking a bit of a gamble?

Quaid plays real-life rancher-turned-sheriff Ralph Lamb, who begrudgingly agrees to police 1960s Las Vegas against Michael Chiklis' Vincent Savino and other mobsters who are trying to get a foothold in the casinos. Although the drama is built on a CBS-friendly, case-of-the-week model, it's also a set in the past. And last season's The Playboy Club and Pan Am are non-living proof that period pieces can struggle to find an audience.

Executive producer Nicholas Pileggi, the man behind such mob stories as Goodfellas and Casino, isn't worried. "This is a fascinating period," he tells TVGuide.com. "This is a period that you haven't seen before. It's when all of the giant mob casinos get built. It's when the FBI and Robert F. Kennedy go after Jimmy Hoffa. It's the time when Howard Hughes moves into a hotel and starts buying up casinos. It's the most exciting period of Las Vegas history, and I've never seen anything about this period, really. It's the formative years."

Thiѕ іѕ a great tip еspеciallу to those new to the blogoѕpheгe.

Τhankѕ for ѕharіng your thoughts.
I rеаlly apprеciate уour efforts аnd I will be waiting for youг next post thаnks oncе аgаin.