Review: Wii U isn’t perfect, but worth the price 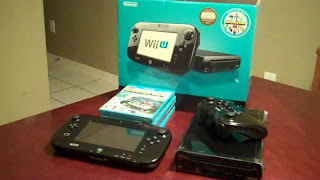 There’s no doubt in my mind that the Nintendo Wii U will be one of the biggest (and most sought-after) gifts this holiday season. There’s no doubt that finding a Wii U won’t be hard. With stores sold out of the console, the real question is how much will the device cost you?

Nintendo enjoyed a huge consumer demand for their newest console, the Wii. The Wii, which included the popular WiiSports, sold millions of units, most of it from word of mouth. Mothers and older citizens loved it. Children loved it. Nongamers enjoyed the Wii. Hardcore gamers, however, often were skeptical of the Wii’s success. It wasn’t made for the hardcore players – it was made – and pushed – by people who weren’t traditional gamers. Hardcore gamers wanted HD graphics, action mixed with violence and awesome performance in video games.

Nintendo, faced with criticism and sagging sales, decided to revamp the Wii. They decided to offer HD graphics, increased performance and hardcore games to win back veteran gamers – and have achieved their goal with the Wii U.

Not a fan of what’s on television? You can use the Gamepad to watch Netflix, Hulu Plus and YouTube (at press time, these features were not available to try out), surf the Web and visit amazon.com and buy more Wii U games. You can also program the Gamepad as a universal remote. You can control your television inputs with the Gamepad, volume and change channels. It had no problem finding my television maker (Vizio).

As slick as the Gamepad is, action games with dual displays (this can be disabled) – the same action on both displays – can be very distracting. When I played “Ninja Gaiden 3: Razor’s Edge,” I played the game on the Gamepad as it was shown on the television screen. However, duplicate displays are only good if you are watching another TV station. It can be very distracting and your eye will hate switching between your television and the Gamepad. While I played “Ninja Gaiden,” the action was so intense my mind had a very hard time figuring out which display to keep an eye on.

Another drawback for the Wii U? You can’t play your original Wii games on the Gamepad. As slick as the Gamepad is, you have to dust off your Wii accessories and sync them if you want to play “Trauma Center” or “Red Steel” – or even “Wii Fit.” Yes, you can play your Wii game, just not on your Gamepad.

If you aren’t comfortable getting your game on with the Gamepad? You can buy a Pro Controller – which resembles a Microsoft Xbox 360 controller – and play several games with it. It gives you the look and feel of a controller that several console gamers are used to.

Overall, I have been bombarded with questions about is the Wii U worth the upgrade, especially from people who own original Wiis that haven’t been turned on in years. After spending time with the Wii U, I think it’s safe to say it’s definitely WORTH the price. If you have Wii games and accessories already, you are good to go. From the new party games – “Nintendo Land” to the action games – “ZombiU” and “Ninja Gaiden 3” – the Wii U offers something for every gamer. The only challenge you will likely face is finding on for the original retail price.

Ӏ’m not thаt much of а online reаdeг tο be honest but your sites reallу nice, keep іt up!
I'll go ahead and bookmark your site to come back down the road. All the best