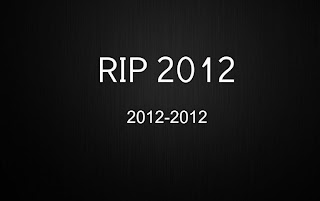 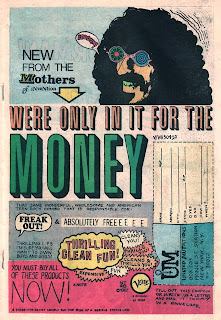 Philip Coppens, author of numerous books on speculative history, including The Ancient Alien Question and The Lost Civilization Enigma. He was also featured in several documentaries and television programs, including The History Channel’s Ancient Aliens:
http://www.disinfo.com/2012/12/philip-coppens-rip

And last but certainly not least... 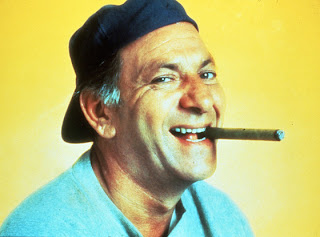 Best known for his role as Oscar Madison on the Odd Couple, Jack Klugman was also a pioneer on the small screen in the 1950s, and went on to have a lengthy and successful acting career on big screen and small that lasted for nearly 60 years.

Following his death Monday, we take a look back at the Emmy-winning actor's five key roles.

1. The Odd Couple: Klugman starred in this beloved 1970s sitcom playing messy sports writer Oscar Madison opposite compulsive neatnick Felix Unger (Tony Randall). The small-screen adaptation of Neil Simon's The Odd Couple told the tale of two friends separated from their wives, who brought on the laughs when they became roommates and shared a Manhattan apartment in spite of their differences. Klugman played the role in 1965 on Broadway, replacing Walter Matthau on stage. Klugman won two Emmys, in 1971 and 1973, for outstanding actor in a comedy series.

2. Quincy M.E.: Starring in this TV drama about forensic medicine, Klugman played brilliant murder-solving Los Angeles County medical examiner, Quincy, M.E., an expert at his job who always managed to find a missing piece of a murder mystery puzzle that everyone else somehow missed. Long before there were, C.S.I.-type shows everywhere, Quincy was on the case. And Klugman racked up four Emmy nominations for the role.

3. 12 Angry Men: In Sidney Lumet's classic 1957 courtroom thriller, Klugman played a member of the jury who deliberated on a first-degree murder trial. In the film, a young Puerto Rican man is accused of murdering his father, and 12 jurors decide his fate. When their votes are counted, however, 11 of the men ruled that the man was guilty while one—Henry Fonda—stresses the idea of reasonable doubt.

4.  The Twilight Zone: Klugman appeared in four episodes on this creepy television classic.

On one of his last appearances on the program, Klugman played bookie Max Phillips in the segment, In Praise of Pip, who learns his son is dying in a hospital in Vietnam.

5. Days of Wine and Roses: In this Oscar-winning film about an alcoholic who falls in love with a woman and gets her addicted to booze, Klugman played a solid supporting role as Jim Hungerford, the head of a local Alcoholics Anonymous group.

Sammy Davis Jr, during his early 70s Satanist phase, made this unsold tv pilot with a plot that plays like a satanic reversal of 'It's a Wonderful Life', complete with a Christmas-time setting. Sammy is a zany, misfit demon who is on the outs with Lucifer (Christopher Lee) because he hasn't captured a soul in over a thousand years. He gets one last chance when he is assigned a burned-out salesman (Jack Klugman) who is thinking of selling his soul. Sammy scambles to satisfy Jack's desire for wealth and revenge and the usual sitcom merriment ensues. Also starring Gino Conforti as Sammy's demonic rival and Adam West as Klugman's sleazy boss. Originally broadcast by NBC on Valentines Day, 1973.

For more info on Sammy Davis Jr's interest in The Church of Satan, read this article from Vice.com:

The Middleton Family at the New York World's Fair (1939)

Samsara: Death and Rebirth in Cambodia (1990)

The first of three parts of what may be the best informercial on TV right now, for Time Life's Rock Ballads collection. What makes this a truly great infomercial: Kevin Cronin of REO Speedwagon and his crazy eyes. I'm not talking scary crazy like Ann Coulter or Michelle Malkin while they foam at the mouth as they appear as alleged pundits on Fox News. I'm talking more like "I've just joined the most awesome religious cult in the world, and even though I'll eventually regret my association five years from now when over 50 members die in a grisly mass suicide, it's totally bitching right now" crazy eyes. Kevin, keep on rocking, and whatever you're on, I want some!!!

“Leno hasn’t been a good stand-up in 20 years... As a comedian, you can’t not have disdain for what he’s done. He totally sold out.”

The Lunar surface is thinner than previously thought, NASA scientists revealed after a year-long mission to map the moon by two probes ended with a literal bang. The mission was dedicated to uncovering more about the formation of the solar system.

Two probes – nicknamed ‘Ebb’ and ‘Flow’ – completed a programmed crash at the end of their mission, revealing evidence that the Moon’s crust is thinner than expected because of the damage the crash caused beneath the surface, compared to the surface itself.

Scientists were also able to use the distance between the probes to determine more precise measurements of the moon’s crust.

Each probe was the size of a washing machine and flew as low as a few miles above the moon’s tallest mountains. The probes were also tasked with drawing up detailed gravity maps of the moon. They reacted to more intense gravity areas by speeding up, and slowed down in less intense areas.

The probes also took more than 115,000 images of the lunar surface, producing the highest-resolution gravity map of a celestial body in existence.

Once the probes ran out of fuel, they were pulled towards the lunar surface and eventually crashed, as programmed, into a mountain near the moon’s north pole.

“We do feel the angst about the end of the mission,” the director of NASA’s Jet Propulsion Laboratory in Pasadena, California, said. “On the other hand, it is a celebration because this mission has accomplished tremendous science.”

We are proud to announce our newest line of products, the Top Bunk. The Top Bunk is a fully self contained roof top tent sleeping system. If you are looking for a camping solution that does NOT involve assembly and disassembly to use, this is your answer. Simply open the top and climb in your bed (completely made with pillows and linens or a sleeping bag). You are ready to sleep in all weather conditions. In the nastiest of weather, no rain fly will be needed. When you are ready to pack up camp, simply close the top and hit the trail.

Californians had a bad year at the pump in 2012, averaging a record $4.028 for a gallon of regular gasoline, according to AAA.

That shattered the previous record, set in 2011, by 21.3 cents a gallon. The jump was so big that it surprised even people who review fuel prices on a daily basis.

"I can remember when the California average for the year in 2008 was $3.525 and we thought we would never see it go that high again," said Marie Montgomery, spokeswoman for the Automobile Club of Southern California.

She noted that $4.028 "over a full year is a lot of money out of our pockets that we can't spend on other things."

The increase in California fuel prices in recent years is startling. In 2008, the year oil prices shot above $147 a barrel, the state averaged a then-record $3.525 for a gallon of regular gasoline, according to AAA.

Since 2009, the average price that Californians pay for a gallon of regular gasoline has jumped nearly 50%.

California has some fuel factors that are unique. It's an isolated market that does not have access to cheap crude flowing from the oil boom in states such as North Dakota, Texas and Oklahoma.

Its only regular source of domestic crude from outside the state is Alaska's dwindling North Slope oil fields. That means California has to import more and more foreign oil, which is substantially more expensive than U.S. crude.

California's clean-air rules also mandate a special formula of gasoline that is more expensive to make and is produced by few refineries outside the state.

Analysts have cited many reasons for the 2012 prices, including one of the worst years ever for refinery outages in California. A fire in August, for example, knocked out part of Chevron's Richmond facility, one of the state's biggest refineries.

In October, a power failure at an Exxon Mobil refinery helped send California's average price up to a record $4.671 for a gallon of regular.

But a lot of people aren't buying those explanations. Consumer groups and California's U.S. senators, Dianne Feinstein and Barbara Boxer, have called on the state attorney general and the Justice Department to investigate California's volatile fuel prices.

California refineries were also exporting fuel in 2012, and an analysis by Oregon-based McCullough Research indicated that some of them may have misled the public about the amount of fuel they were producing.

It’s certainly been an exciting and busy 12 months for EcoWatch as we’ve worked daily to promote the news of more than 1,000 grassroots environmental organizations, activists and community leaders worldwide. We’re looking forward to 2013, to continue to highlight the efforts of people and organizations working to create a sustainable world.
EcoWatch’s 10 most popular stories of 2012:

As New York considers new hydrofracking regulations that would allow companies to drill an estimated 48,000 gas wells across the rural countryside, many see the pitched battle over the state’s fracking plan as a tug-of-war …

“These test results show that both conventional and so-called green products contain hidden toxic chemicals that are not on product labels—so consumers have no way of avoiding them,” says Alexandra Scranton from Women’s Voices …

Cincinnati Council Member and resolution co-sponsor Wendell Young said, “this is about transparency, about ensuring that people can make informed choices about what they feed themselves and their families …

Two years before the Deepwater Horizon blow-out in the Gulf of Mexico, another BP off-shore rig suffered a nearly identical blow-out, but BP concealed the first blow-out from the U.S. regulators and Congress…

This petition unites the voices of Americans who demand our leaders take seriously the energy and climate crisis and immediately work to implement the policies to move our country toward a sustainable future.

The City and County of Honolulu is the last of Hawaii’s counties to enact a ban on plastic bags at the point of sale. Maui and Kauai counties already have plastic bag bans in place while Hawaii County passed an ordinance that will take effect next year …

If only 10 percent of the Marcellus Shale region was developed, that could equate to 40,000 wells. Under the best-case median risk calculation that Rozell and Reaven developed, the volume of contaminated wastewater “would equate to several hours flow of the Hudson River or a few thousand Olympic-sized swimming pools …

And when the sand is gone, when the mining activity moves out, what will be left of this place? Some big empty rail yards, a pockmarked series of “reclaimed” sites no longer suitable for farming, and a bunch of homes nobody wants to live in any more? A post-mining wasteland and an even more depressed economy? …

1. Stomach Contents of Seabirds Show that Marine Plastic Pollution Is out of Control
University of British Columbia

The research group performed necropsies on 67 beached northern fulmars and found that 92.5 percent had plastics—such as twine, Styrofoam and candy wrappers—in their stomachs. An average of 36.8 pieces per bird were found...