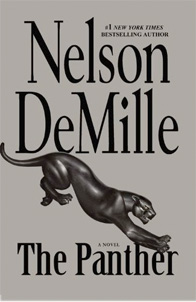 Anti-Terrorist Task Force agent John Corey and his wife, FBI agent Kate Mayfield have been posted overseas to Sana'a, Yemen—one of the most dangerous places in the Middle East. While there, they will be working with a small team to track down one of the masterminds behind the USS Cole bombing: a high-ranking Al Qaeda operative known as The Panther.

Ruthless and elusive, he's wanted for multiple terrorist acts and murders—and the US government is determined to bring him down, no matter the cost. As latecomers to a treacherous game, John and Kate don't know the rules, the players, or the score. What they do know is that there is more to their assignment than meets the eye—and that the hunters are about to become the hunted.