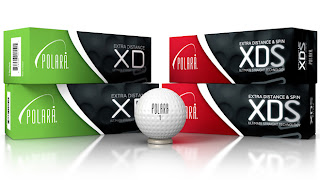 Polara's orignal golf balls did the impossible: They always flew straight. And their success was also their downfall: The balls worked too well for duffers with slower swings and better mechanics.

Apparently, no two golfers are bad in quite the same way.

Now the company is back -- and it has a solution.

You see, the original Polara Ultimate Straight golf ball uses a patented dimple design to reduce side spin, which causes hooks and slices. That dramatic anti-slicing effect comes at a price, though: lower lift, which reduces distance.

That’s not an issue for players who would otherwise live in the rough at the sides of the course. But it is for moderate slicers. With those folks in mind, Polara released a second ball this year, the XD. Like the original, it uses specialized dimples to self-correct side spin, but it does so with 25 percent less correction and more lift.

“Critical reception to our original ball last year was phenomenal,” Dave Felker, president of Polara, told FoxNews.com. “But some of our customers didn’t like the compromise in distance,” he adds, noting the Amazon user reviews that say as much.

“So we devised a ball with 50 percent correction instead of the original 75 percent. The result is a ball that gives people as much distance as normal golf balls, while still mitigating slice.”

I had a chance to test the new balls at my local driving range recently, and like the originals FoxNews.com reviewed last year, the new XD worked as advertised, adding about 10 yards more to my shot while keeping a straight line.

The new XD isn’t for everyone though. To understand the difference, consider that fairways range from 90 to 135 feet wide. Assuming a “terrible slicer” to be someone who hits balls 100 feet or more off the centerline, when using the original 75 percent correcting ball, said slicer would only be 25 feet off the line, well within the fairway.

'Our mission is to make golf more fun, that’s all.'
- Dave Felker, president of Polara

Hence, the XD is best for more moderate slicers – “light hitters or players with better mechanics,” Felker said — whereas the Ultimate Straight remains ideal for players who hit the stuffing out of the ball (i.e. men in general) or anyone with a more forsaken swing.

“If the first wasn’t right for you, this is perfect,” Felker said.

Still answering the critics
Of course, like last year’s original Ultimate Straight, the new XD is banned from USGA tournaments — everything from club championships to The Masters.

After all, the original short-lived Polara ball from the early 80s worked so well in reducing slice that the USGA created the “no asymmetrical balls” rule to ban it. The golfing authority then settled with Polara to have the ball removed from shelves until last year.
As such, golf purists say using a Polara is akin to using a cheater’s ball, steroids, or that sweet no-miss laser putter from Caddyshack II. “Isn’t it just easier to lie about your score,” wrote Real Clear Sports’ Jeff Neuman last year.
No big deal, Felker told FoxNews.com. “I don’t want to see nonconforming stuff made legal. Our mission is to make golf more fun, that’s all.”

To that end, the company plans to release additional performance-enhancing equipment for recreational players within the next six months. Felker won’t say what, but he’s quick to note the release will include more than just new balls.

“If you’re playing in the U.S. Open, these products aren’t for you,” he said. “We’ll continue to build gear that is only limited by the laws of physics, not USGA rules that don’t apply to the 85 percent of players who already play gimme putts, mulligans, illegal drops -- or just want to make their next round of golf as enjoyable as possible.”