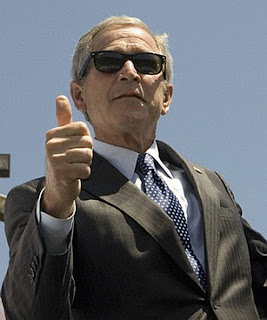 
Chapter One: Colonels in Mirrored Sunglasses

767,023 provisional ballots were cast and not counted;

488,136 absentee ballots were mailed in, but not counted.

Add it up: in the last presidential election, no less than 2,706,275 ballots were cast—and never counted. I have not included a quarter million (251,936) provisional ballots counted only in part (that is, for some offices). That's the official number I've calculated from the records of the US Election Assistance Commission. Approximately three million votes flushed away are ugly enough. But it gets worse. In addition to the roughly three million ballots cast and not counted, no less than:

2,383,587 would-be voters had their registrations rejected;

491,952 voters already registered were wrongly purged from the rolls; and

320,000 properly registered voters were simply turned away from the polls when they tried to vote, mostly for not having IDs acceptable to a poll worker.

Add it up again and total grows to no less than 5,901,814 legitimate votes and voters tossed out of the count. Let’s call it the Missing Six Million. Karl Rove, when he was senior advisor to President George W. Bush, summed it up perfectly:

“We are beginning to look like we have elections like those run in countries where the guys in charge are, you know, colonels in mirrored sunglasses.” 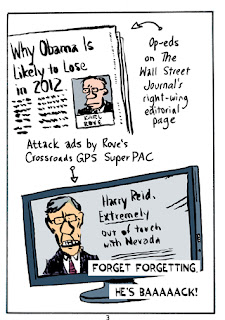 Rove is not complaining, he’s boasting about his own accomplishments. But for strategist Rove, six million isn’t enough. Through several front organizations and affiliates, Rove and his comrades have launched a campaign making brilliant use of the tactics originating from the Red Scare and the War on Terror.

Now, instead of the communist lurking under your bed or the al-Qaeda sleeper cell next door, they’ve created a new monster to fear, to hunt, and to destroy: the Fraudulent Voter.

There aren’t any, of course. Or, to be accurate, so few you can literally count them on your fingers—about six in any year—not six million, half a dozen jerks convicted of voting illegally. In the whole country.

But in Rove’s echo chamber of fear, in the Voter-Fraud Hysteria Factory, these six become so threatening and dangerous that they will be used to take away the vote from six million. Tracking ballot-bending tricksters, figuring out how they game US elections and snatch the choice away from the electorate, that’s my job, my beat for more than a decade, for the Guardian newspaper and BBC television, and in 2008, for Rolling Stone.

I started covering the election games in November 2000 when I got my hands on two computer disks from the office of Secretary of State Katherine Harris of Florida. My team cracked the computer codes and found the names of ninety-one thousand criminals—felons—Harris listed to purge from voter rolls. We went through Harris’s list name by name. We didn't find felons. But most were guilty of VWB: Voting While Black. “Purging” is one way to get rid of legal voters. There are eight more tricks, and I’ll take you through each in turn. It was bad in 2000. It was worse in 2004 and 2008. But in 2012, it will be much worse. And in 2016, worse than in 2012.

"Why Obama Is Likely to Lose in 2012" is the title of a column Karl Rove wrote in the Wall Street Journal in June 2011. It’s not Rove’s prediction: this is his plan to make sure Obama will lose. That's fine with me—if Rove prefers vanilla to chocolate, hey, it's a free country. But how Rove plans to take Obama down is contained in the subhead, and it gives me the chills...

Who wouldn't like a flat and toned belly without having the take pleasure in handles?

Vapor Couture, released vapor but it does not include the same smoke and
negative effects to the body as opposed to the traditional cigarette smoking.
Smoking cigarettes is only the most well-known way 1
can use tobacco goods for smoking purposes. According to
the electronic cigarette critiques, V2 cigs, Green smoke, Blu cigs
are ideal electronic cigarette brands. E-cigs also comes in distinct flavors and colors.
Outstanding customer service!