UFOs As Agents Of Deconstruction 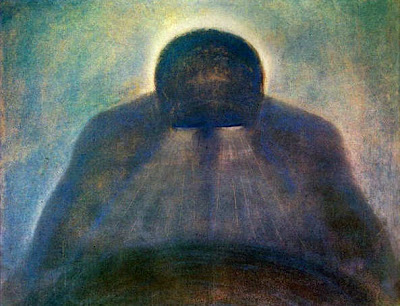 In the Archaeus Project’s 1989 journal Cyberbiological Studies of the Imaginal Component In The UFO Contact Experience Carl Raschke wrote an essay entitled “UFOs: Ultraterrestrial Agents of Cultural Deconstruction.” Raschke offered the idea that the search for meaning behind the UFO enigma was caught up in cultural ideas about aliens coming from other planets in structured craft. He also proposed that whatever was behind the UFO problem was acting as a catalyst for change in cultural ideas about what was possible and even acceptable.

Raschke noted that,”…the UFO puzzle for both investigators and the public unfolds along a trajectory that Jacques Vallee terms that of ‘recursive unsolvability.’ In mathematics a recursive function is one in which the solution cannot be reached by a simple set of successive, linear operations, but is gained only by successive, partial tallies, each of which incrementally redefines the problem itself.”

The UFO debate appears to surround a concept that is continually redefined by a set of partial answers that redefine the question. The end result is that the solution bears less relevance to the original query.

Most can agree that the UFO question has not been solved conclusively by anyone, and the introduction of new concepts like the abduction engima, FOIA document searches and the recent rise of the disclosure movement have changed the focus and character of UFO study over the last 20-30 years. In the 1950s and ’60s, “occupant” cases were dismissed by the mainstream research community as embarrassing and a distraction to the important issue of popularizing the idea that sightings of UFOs were enough to make the subject worthy of respectability and serious study.

With the 1967 publication of Flying Saucer Occupants by Coral and Jim Lorenzen, the idea of “piloted” UFOs was taken more seriously. The idea of abductions was virtually ignored from 1966 (when Interrupted Journey told the strange story of Betty and Barney Hill) until 1981, when Budd Hopkins’ Missing Time was published, and got a real boost in 1987 with Whitley Strieber’s Communion.

Each time a new concept was introduced, the UFO question was redefined. Are we are simply discovering heretofore unrecognized aspects of the phenomenon, or does some symbiosis of reported observations occur, working subrosa in concert with expectations? I would argue that since we are dealing with something that is not amenable to controlled testing and repeatability at will, that expectations very likely play a role in defining the questions and any ultimate answer.

If there is an intelligence or intelligences behind the phenomenon, what it has been doing (probably for millenia) either looks like nonsense or some inscrutable attempt to change human thinking and perception. The very exposure to a UFO or occupant sighting is enough to rearrange one’s concepts of what is real, or even acceptable to our minds and senses. The issue of lasting physical or psychological changes was addressed by Jacques Vallee in his anomalies classification matrix published in his 1990 Book Confrontations.

An article by Benedict Carey from the New York Times reports on research into seemingly nonsensical events and how they are useful in deconstructing our endless search for structure and meaning, injecting helpful doses of depatterning. Participants in a study were asked to read an absurdist short story by Franz Kafka and then given a test that analyzed their ability to find hidden patterns in strings of letters:

The test is a standard measure of what researchers call implicit learning: knowledge gained without awareness. The students had no idea what patterns their brain was sensing or how well they were performing.

But perform they did. They chose about 30 percent more of the letter strings, and were almost twice as accurate in their choices, than a comparison group of 20 students who had read a different short story, a coherent one.

What this may indicate is that UFOs may exist as a mega-experiment in deconstructing our ideas of what is possible, our place in the universe, our ways of accepting what is real and even our methods of cataloging sensory input. The question remains as to who is conducting the experiment, and how much we are either subjects, equal partners, or almost wholly responsible for the experiments and the results.

Ostensibly, the UFO question is whether a non-human source is causing sightings, abductions, radar returns and flying saucer religions, but the intricacies of the problem impinge on so many other areas that we redefine them as well. Examples include reported physics of UFO movement, the question of cultural antecedents and perhaps how our society decides what is acceptable as serious study. That last one may be the most deconstructive effect of all. Changes in our mindset, and not any so-called “answers” may be the real reason behind the whole thing, or at least the most meaningful. There may indeed be “knowledge gained without awareness.”

In the end, this may all be a metaphor for something so inscrutable as to be inexplicable in language or thoughts of which we are currently capable.
Posted by Robalini at Monday, October 12, 2009

I rather liked the 'cultural metaphor' approach : where an unfamiliar/inexplicable experience is described by comparison understandable in a culture and at a given level of technology. That leaves things open for fairies, ogres, angels and more to have a common or similar basis.

great insights and I like the site but what about the ugly issue of collusion in online poker?

Usually I don't learn post on blogs, however I wish to say that this write-up very compelled me to take a look at and do so! Your writing taste has been surprised me. Thank you, very nice article.