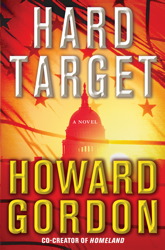 Gideon Davis has settled into the quiet life of an academic and is weeks away from being married when he discovers evidence of an impending terrorist attack on U.S. soil. He brings his suspicions to his ex-girlfriend, FBI Agent Nancy Clement, but her bosses are leery of Gideon's source: a meth-head informant affiliated with a white supremacist group. When their informant is murdered before they can get more details from him, Gideon enlists his brother, Tillman — newly sprung from prison through a presidential pardon — to infiltrate a group of white supremacists who may be involved.