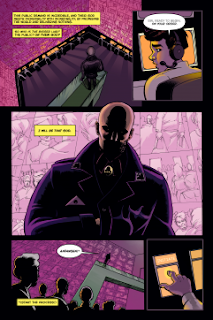 Credit to Kenn Thomas & SteamshovelPress.com for tipping us off on this comic...

Two popular underground musicians (Lex & Cal) modify their electronic instruments and gear, allowing them to recreate any event in history. Through a combination of music, technology, particle theory, altered states, and a bit of the old ultra-violence, they begin to unravel the ugly truths of recorded history – proving that many “conspiracy theories” are fact.

This project aims to make alternative history more accessible through interactive graphic novels, games, and more.  The stories cover ongoing research into secret societies, mind control, government cover-ups, and corruption from both past and present, with each adventure reflecting a different conspiracy-theory corresponding to actual research. 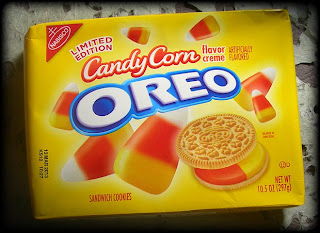 When is it acceptable to start celebrating Halloween?  According to Dinosaur Dracula, the start of September.  The site is the new version of X-Entertainment.com, which also would annually start it's holiday celebrations after Labor Day, following with Thanksgiving Day & Christmas homages on November 1st.  In any case, check it out and learn about kool thinks like Candy Corn Oreos & Pumpkin Spice Eggos... 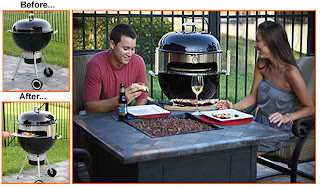 Imagine authentic woodfired pizza from your kettle grill.
The KettlePizza® insert will turn your grill into a real pizza oven!
Works with all kettle grills including Weber® and others.
KettlePizza Ovens & Accessories Are Proudly Made In USA

Our goal is to supply the very best, freshest specialty coffees available to coffee lovers throughout east Tennessee and the southeast. We roast our specialty coffee in a rustic 3000 sq. ft. Roastery in beautiful Maryville, Tennessee, in the heart of the Great Smoky Mountains.  Roastmaster John Clark and his staff (see our profiles here) invite you browse this site or visit us at the Roastery to learn why and how our PASSION for Great Coffee was born...

Is anyplace better for breakfast than IHOP?
http://www.ihop.com 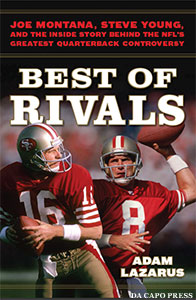 JOE MONTANA AND STEVE YOUNG -- THEY WERE THE BEST... AND BEST OF RIVALS

In this revealing, in-depth look at the NFL's greatest quarterback controversy, Adam Lazarus takes readers into the locker room and inside the huddle to deliver the real story behind the rivalry-- when Joe Montana and Steve Young battled on and off the field and forged one of the finest football dynasties of all time. From 1987 to 1994, the two future Hall of Famers spurred each other on to remarkable heights, including three Super Bowl wins and four MVP awards, and set new standards for quarterback excellence.

The two men couldn't have been more different in background, personality, and playing style, and their competition created as much tension as it did greatness, forcing Montana to prove that he was still the game's best quarterback and Young to prove that he was a worthy successor.

Featuring candid interviews with Montana, Young, Jerry Rice, George Seifert, and many more, Best of Rivals brings to life the story of two sports legends, the golden era of football their rivalry presided over, and the amazing legacy it produced.

Booklist, September 2012
“Lazarus provides solid backstory…Readers might be surprised to see how imperfect these great players (and their hallowed wide receiver Jerry Rice) could be in the heat of competition, but also to see the class with which these preternaturally competitive men handled their situation. Instructive as well as informative.”
From the Back Cover

Advance praise for BEST OF RIVALS

"Lazarus does a very good job explaining the dynamic of the Joe Montana-Steve Young competition of the 49ers heyday. I was particularly interested in this book because of the stiff competition those two provided to my teams."
--Bill Parcells, two-time Super Bowl winning head coach

"A fascinating look at one of the breathtaking one-on-one battles in NFL history. Young? Montana? Adam Lazarus takes two all-time greats and, against all odds, makes you pull
for both of them. Wonderfully done."
--Jeff Pearlman, author of the New York Times bestseller Boys Will Be Boys

"[Best of Rivals] is a must-read for 49ers fans of all ages. You will smile, cringe, and curse, then you will nod at the enduring lesson that, at some point, even the greatest of the greats will be replaced--whether they're ready or not."
--Jim Trotter, senior writer for Sports Illustrated

"Lazarus did an excellent job of showcasing the character of these two Hall of Fame quarterbacks, who had so much in common with their great skills, but were so very, very different in terms of personalities and their approach to the game."
--Joe Starkey, former play-by-play voice of the San Francisco 49ers

"It wasn't just that Joe and Steve won Super Bowls; it was that Joe and Steve were can't-miss theatre. The highs--and more importantly, the lows--of their careers and rivalry are important reading for anybody who loves the 49ers and their rich history."
--Brian Murphy, sports radio host on San Francisco's KNBR

"The ultimate story of pro football's ultimate rivalry, Adam Lazarus pulls us back to a golden era by the Golden Gate when to Niner fans Joe Montana was the nearest thing to a god and Steve Young's only fault was he wasn't Joe Montana."
--Art Spander, Pro Football Hall of Fame writer

"It seems like a fine idea to have two great quarterbacks on your roster, at least until Sunday when only one of them gets to play. Adam Lazarus takes you inside the dynamic but difficult partnership that was the Joe Montana-Steve Young era in San Francisco."
--Ray Didinger, Pro Football Hall of Fame writer Underrated Album of the Summer:
Clockwork Angels, by Rush

Still rocking after all these years... 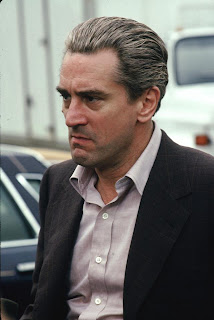 “Jimmy was the kind of guy that rooted for bad guys in the movies.”

Game of the Month: Borderlands 2
http://www.borderlands2.com

A new era of shoot and loot is about to begin. Play as one of four new vault hunters facing off against a massive new world of creatures, psychos and the evil mastermind, Handsome Jack. Make new friends, arm them with a bazillion weapons and fight alongside them in 4 player co-op or split-screen on a relentless quest for revenge and redemption across the undiscovered and unpredictable living planet.

Borderlands 2 follows the story of four new Vault Hunters as they fight to free Pandora from the clutches of Handsome Jack, the brilliant, charismatic, and utterly despicable CEO of the Hyperion Corporation.

Players will fight across the whole of Pandora to stop Jack from awakening an ancient alien evil known only as "the Warrior." Their quest will bring them into contact with some familiar faces from the old game – most notably, the original four Vault Hunters: Roland, Lilith, Brick and Mordecai. They, along with some brand new characters, will help players defeat Jack, destroy the Warrior, and save Pandora.

Heat the canola oil in a large nonstick skillet over a medium-high heat. Cook the onions and peppers until onions are softened and peppers are slightly charred, about 8 minutes. Add black beans and red pepper flakes and cook until warmed through, another 3 minutes. Season with salt and pepper and transfer to a dish.

Whisk together the eggs and egg whites then stir in the cheese. Spray the skillet with cooking spray, and reheat the skillet over a medium heat. Reduce heat to low and add eggs, scrambling until cooked through, about 3 minutes. Spread each tortilla with 1 tablespoon each sour cream and salsa, then layer with 1/4 of the black bean mixture, 1/4 of the scrambled eggs, some diced tomato and 1/4 of the avocado. Season, to taste, with hot sauce. Roll up burrito-style and serve.