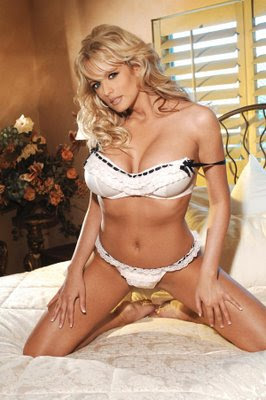 In the run-up to his 2010 re-election campaign David Diapers Vitter has been working very hard to distract Louisiana voters from the brouhaha over his multiple sex scandals involving prostitutes in Louisiana and Washington, DC. Vitter, widely viewed as Congress' most hypocritical member, would rather Lousiana voters think of him as Congress' most reactionary member. And he's in a tight competition with South Carolina wingnut Jim DeMint for the title. They are the two who have virtually obstructed every single proposal and initiative that President Obama has made. And the two of them are icons of the neo-Confederate "No on Everything" movement within the Senate GOP caucus.

Given the pathetic state of the Louisiana Democratic Party, Vitter is more frightened of a primary challenge than he is of a general election challenge. Religious fanatic Tony Perkins of the Family Research Council (who has already run for the Senate in Louisiana) and neo-Nazi, Jay Dardenne, currently serving as Louisiana's Secretary of State, have both been checking out Vitter's vulnerability on his right flank. All roads point to his reputation as a whoremonger. Petrified that an opponent will keep reminding voters about Vitter's bizarre and perverted sexual history and all the cover-ups, denials, weepy admissions and so on, Vitter is trying to distract them in every way he can. On the first day of the new congressional session, he introduced 34 pieces of diversionary legislation, none of which are considered serious by anyone with a full set of teeth, about all the pet issues on the extreme right, from an anti-stem cell research bill, an anti-immigrant bill, anti-flag burning bill, to a proposal to encourage prayer in public schools. He is understandably eager to be associated with prayer rather than prostitutes and dirty adult diapers.

Unfortunately for Vitter, his opponents have no intention of letting his sex scandals just go away and today's Politico reports on a little shenanigan likely to get plenty of coverage in Louisiana. There is a movement afoot to get porn star Stormy Daniels to run against Vitter. While she hasn't been embraced by the Democratic Party-- which is still trying to recruit ex-Governor Kathleen Blanco-- Stormy, a Baton Rouge Libertarian, would be perfect for the GOP and would be a great countervailing forced against hypocrites like Perkins and Vitter. Could she beat Vitter? According to several prostitutes he's had long-standing arrangements with, that is his exact specialty. Leave it to Louisiana to spice up American politics! Let's just hope Blue Dog Charlie Melancon doesn't jump in looking for a three-way!

Sleeping Around is right up Vitter's alley. But I wonder if he'd bring the same thing to a desert island as Stormy says she would. Anyway, do you think she'd off Vitter serious competition? Let us know what you think.

I beleive that Stormy should run against "holier than you" senators.

One would never know waht Stormy could deliver !!!

Interesting and important information. It is really beneficial for us. Thanks