Get three incredible DVDs covering the fraudulent War on Drugs.

In the first and second volumes of his powerful Never Get Busted DVD series, Former DEA Agent Barry Cooper reveals secret police tactics to help you protect your precious liberties while celebrated filmmaker Kevin Booth delves into the American Drug War to uncover the police state being constructed in the name of protecting the nations' children.

This DVD is truly a one-of-a-kind, never before seen, information packed tool which can help you save thousands in legal fees and stay out of jail! 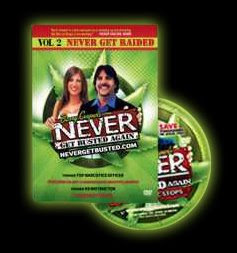 This newly released film is the second in Barry Cooper's' series of controversial NeverGetBusted videos. The title, NeverGetRaided, describes the DVD perfectly. Part documentary and all instruction, NeverGetRaided promises to reveal all the latest drug enforcement tactics giving the viewer confidence in maintaining a cannabis culture lifestyle without ever being raided!

Alongside the cannabis friendly citizens, the non-smoker will enjoy the film as well because it interestingly catalogs secret police tactics and gives the audience an insider's view into what caused one of America's top drug cops to "switch sides."

WHAT PEOPLE ARE SAYING ABOUT Never Get Busted

"Cooper is a former narcotics officer once considered among the top cops in Texas, where more marijuana is seized each year than in any other state."

"Totally amazing. It's incredible watching Barry and Candi sneak into the marijuana field. Barry will need an agent soon to help him manage becoming one of today's top documentary film makers."

""The audience laughed, cheered, cried and cursed. It was amazing. More than I could've ever imagined. Truly an educational experience for whomever watches it."

Barry teaches from the DEA training he received on how to spot marijuana fields from the air. He takes you on a helicopter ride over a genuine clandestine marijuana patch and then "creeps" you into the field while pointing out the grower's mistakes.

Undercover officers and informants are perhaps the strongest and most dangerous tool used against American Citizens in the unjust War on Drugs. Barry points out only 28 officers have lost their lives in the War on Drugs in a ten year period (1996-2005) compared to millions of non-violent citizens who have lost their lives or have been placed in prisons to be raped or stabbed. Barry uses his experience as an undercover officer and interviews a seasoned drug dealer to teach you exactly how to detect these secret government agents.

Discover a GUARANTEED method to sell marijuana and NeverGetRaided. The alcohol dealers do not have police invading their homes in the middle of the night and neither should pot dealers. Barry explains a method to use that even he could not bust! It really works.

Chapter 4: Growing Indoor Plants That Are Invisible To Law Enforcement

Are you currently growing your medicine indoors? Do you want to grow indoors but haven't because you don't want to get raided? Heat from lights are the grower's worst enemy so Barry teaches how to beat the heat by explaining FLIR (Forward Looking Infra-Red Radar.) Walk into an actual grow room and witness real police FLIR footage of an indoor grow operation. Not only does Barry teach how to confuse these heat imaging video cams but he also explains how to obtain grow equipment undetected. You will also learn how to spot police surveillance, tails and stakeouts and learn how to counter these efforts.

Learn tips that GUARANTEE how to win 100% of the time when facing a police encounter at your door. Learn how to fool the dogs in case you didn't listen to Barry's advice and you get raided.

Chapter 6: A Message To DEA.

Barry pulls no punches when outlining an effective way to conduct search warrants without the violence. The DEA and other drug enforcement agencies will owe an answer after Barry exposes this non-violent method to seizing persons and property.

Chapter 7: Those Are Your Kids! Drugs Are Not Harming Them...The Police Are.

This "no holds bar" chapter challenges government propaganda programs such as D.A.R.E and encourages parents to take charge of their families by teaching the truth about drugs. In this chapter, Barry says what the "closet smoking parents" can't say...highly charged and controversial. Note: We currently have 1.5 million children missing one or both parents because of the Drug War. 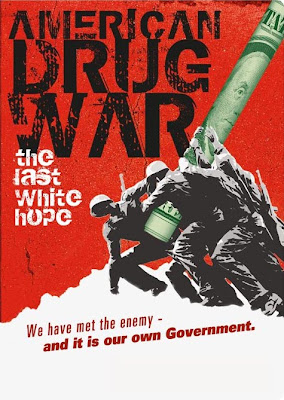 Over 4 years, 4 festival wins – Sold out screenings from California to Manchester England.

Angered by the death of several family members from the "legal Drugs" of Alcohol, Tobacco and Pharmaceuticals - Texas filmmaker Kevin Booth delves into a world of deceit and corruption controlled by a drug dealing government who's only allegiance is to its corporate masters.

The official DVD contains over THREE HOURS of BONUS features. Including a sixty minute mini doc about Tommy Chong’s arrest. Sheriff Joe Arpaio serving rotten food to non-violent drug offenders. Mike Ruppert going into great detail about various CIA operations. Ricky Ross talking from a prison Pay Phone. And much much more making the DVD a must have especially if you have already seen the film.

This final version of the film features extensive sound mixing and post production for the SHOWTIME broadcast, and is the version we would like to have spread across the country and the world. 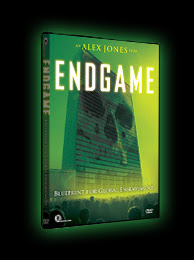 Alex Jones' terrifying new film End Game: Blueprint For Global Enslavement explores the history of eugenics and answers why the elite are so obsessed with thinning the human population. Order the DVD or Subscribe to prison planet.tv and watch the documentary in high quality online streaming format. 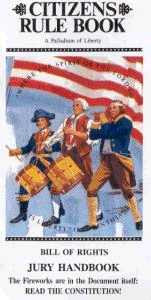 Now every order gets a free copy of the powerful Citizen's Rule Book!
Posted by Robalini at Friday, February 20, 2009

I recently came across your blog and have been reading along. I thought I would leave my first comment. I don't know what to say except that I have enjoyed reading. Nice blog. I will keep visiting this blog very often.