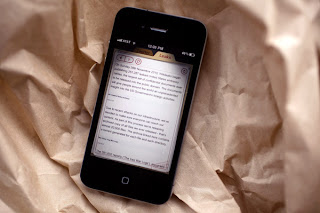 Apple on Monday banned an iPhone and iPad app designed to facilitate access to WikiLeaks’ unfolding cache of leaked U.S. diplomatic cables, putting the company on the growing list of U.S. corporations aligned against the secret-spilling site.

“We removed the WikiLeaks app from the App Store because it violated our developer guidelines,” a spokeswoman told Threat Level, reading from a statement. “Apps must comply with all local laws and may not put an individual or targeted group in harm’s way.”

Apple declined to elaborate. The App Store is the only means of distributing an app that will run on an unmodified iPhone, iPod Touch or iPad. The unofficial WikiLeaks app was approved for sale just three days ago.

The ban follow a string of other corporate attacks on WikiLeaks in the wake of outrage from official Washington over the cable leak. Amazon cut off WikiLeaks hosting, and PayPal, Visa, MasterCard and Bank of America have all blocked donations to the organization.

Had Apple banned the WikiLeaks app for general suckage, it might be defensible. The $1.99 app does nothing more than display WikiLeaks’ Twitter feed and hashtag-search in one tab, and its website in a second. By clicking around the website one can access the State Department cables, the “Collateral Murder” Apache helicopter leak site, and the hundreds of thousands of reports from the Afghan and Iraq wars.

You can do the same thing in Safari by visiting WikiLeaks.ch.

In April, Apple generated controversy when it briefly yanked an app serving cartoons by a Pulitzer Prize winning editorial cartoonist, on the grounds that it contained “content that ridicules public figures” in violation of Apple’s developer guidelines.

You don’t have to agree with WikiLeaks’ methods or publishing standards to recognize that what it does is a form of journalism — most clearly with its current leak. WikiLeaks has so-far published 1,824 of its 251,287 leaked diplomatic cables. Unlike the organizations’ earlier mass leaks, each published cable has been hand-reviewed, and occasionally hand-redacted of some names. WikiLeaks says the review has been conducted by journalists at the newspapers that were provided embargoed access to the leak — a list that includes the Guardian, Der Spiegel and other internationally reputable news organizations.

WikiLeaks and its people haven’t been charged with a crime for publishing U.S. leaks, and they’d have a strong First Amendment defense if they were. And despite concerns voiced from top officials, there has yet to be a documented instance of anyone coming to harm as a result of WikiLeaks’ releases. With news and media organizations (including Wired magazine) betting heavily on iPad apps as a way to get users to pay to read magazines and newspapers, it’s chilling to see Apple double down on its right to censor controversial, but lawfully published, content of indisputable news value.

Kevin Poulsen is a senior editor at Wired.com and editor of the award-winning Threat Level blog. His new book on cybercrime, KINGPIN, comes out February 22, 2011 from Crown.