Book of the Week: TV Sets 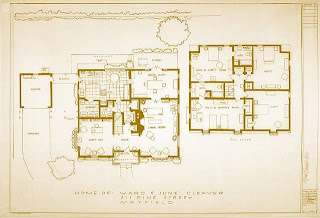 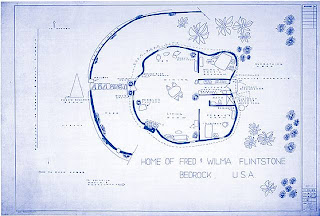 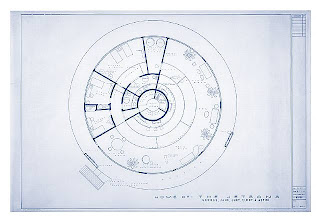 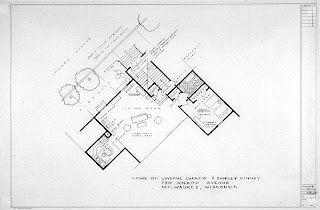 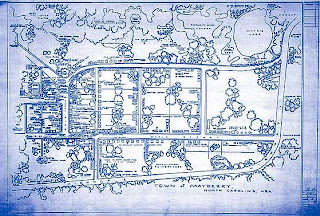 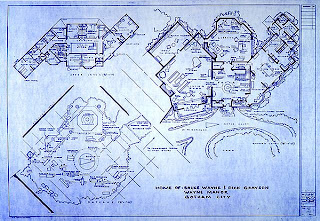 This book of architectural blueprints is a loving, if obsessive, tribute to the minutiae of televised domestic life. Author Mark Bennett's excrutiatingly detailed plans span 25 years of television history, from Tiger's doghouse on The Brady Bunch to The Addams Family's entire manor, including Lurch's harpsichord, Gomez's train set, and Uncle Fester's laboratory. Also included are Laverne and Shirley's bachelorette pad, The Jetson's space unit, and Archie and Edith Bunker's Queens row house. Incredibly, all the plans are drawn to be architecturally feasible; that is, one could actually build from them. To accomplish this feat, the author often had to imagine rooms and areas not shown on the television programs, but only referred to, like Ward Cleaver's den or Ralph and Alice Kramden's bedroom. Included are detailed renderings not only of the characters' homes, but their entire towns, such as the whole of Mayberry and a complete layout of Gilligan's Island.

You can almost see the milk and cookies waiting on the kitchen counter for Wally and the Beav. Pages later, in Brooklyn, there's Ralph Kramden's lunch pail on the sideboard, just beside the door to a bedroom we'll never see. Here, in blue on blue, are architectural drawings of the ephemera of our childhoods--the sets of favorite old television shows.
-- The New York Times Book Review, Patricia T. O'Conner

Author and artist Mark Bennett compiles his entertaining collection of blueprints extrapolated from the storylines and sets of the 1950s to 1980s television sitcom homes millions of Americans grew up with. An extraordinary work of imagination, these blueprints of TV homes that are as familiar to us as our neighbor's den and backyard give us a fascinating "real life" view that the camera angles never offered.

From Ward and June Cleaver's house to Rob and Laura Petrie's apartment to Mary Richards's Minneapolis bachelorette apartment to the Jetson's "house" in the clouds, each home is lovingly recreated with painstaking precision in the fine blue lines of architectural blueprints. --This text refers to an out of print or unavailable edition of this title.

From the Inside Flap

At 4222 Clinton Way in Los Angeles, a split-level contemporary features three bedrooms, three bathrooms, and a maid's room. Perfect for the six children of Mike and Carol Brady.

At 322 Maple, in the friendly town of Mayberry, is a comfortable two-story wood and shingle house. This is the residence of local sheriff Andy Taylor, his son Opie, and Aunt Bee. Large trees grace the front yard.

At 211 Pine Street, in Mayfield, lives the Beaver, with his brother Wally and his parents Ward and June. Ward's book-lined den and the spacious living room are just right for Wally's teen parties.

These are the homes where our favorite television families lived - the Brady kids; Beaver and Wally; Opie; Lucy and Ricky; Richie Cunningham; Ralph and Alice Kramden; Fred and Wilma Flintstone. These characters were a part of our day-to-day lives, and they live on in our memories and on cable television.

In TV SETS, Mark Bennett has lovingly recreated the blueprints for forty sitcom homes. Working first with small sketches on envelopes and table napkins - and in the days before videocassette recorders - Bennett gathered information on each home before making a formal drawing. The bedrooms, bathrooms, living rooms, doghouses, and, in some cases, such as Mayberry R.F.D., the entire town, have been carefully drawn, all down to the last fascinating detail. Relive your favorite episode as you study the blueprint for the Brady home, he M*A*S*H 4077 compound, or the Addams family mansion. Take a close look at Oscar and Felix's swinging bachelor pad, and marvel at ho Mary Richards managed to squeeze so much furniture into her Minneapolis studio apartment.

A twenty-year labor of love and an extraordinary work of imagination, TV SETS is a witty tribute to the fine details of domestic life on television. --This text refers to an out of print or unavailable edition of this title.

Mark Bennett is a young artist whose blueprints have been shown by galleries in New York, Los Angeles, Seattle, Chicago and Cincinnati. He lives in Los Angeles.

Blueprints courtesy of Artnet.com
Posted by Robalini at Wednesday, December 29, 2010

This is good site to spent time on. allergy Read a useful article about tramadol tramadol