The Collapse: Celente Predicted It Would Happen. It’s Happening! 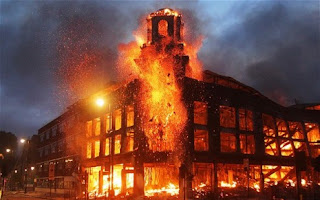 In that Trend Alert®, Gerald Celente accurately predicted that a global economic collapse was imminent. “The economy is on the threshold of calamity … another violent financial episode is looming,” he wrote.

Celente warned that the trends of the Summer of 2011 paralleled those in play during August of 2007, trends that had culminated in the “Panic of ’08.”

He dismissed the assurances of world leaders that policies were in place to mitigate the escalating European and US debt crises.

He discounted “media experts” promoting an imaginary recovery or debating the prospects of a double-dip recession.

It was all bogus. Those assurances were hot air, and the “recovery” talk and “double-dip recession” debates were just red herrings.

In that Trend Alert®, Celente urged readers to resist the urge to lapse into a vacation state of mind. And he warned that the coming panic was going to be distinctly different!

In the Summer of 2007, before the “Panic of ‘08” set in, the Dow had hit a high of 14,000, the real estate and credit bubbles had not yet burst, and unemployment was a manageable 4.7 percent. People actually still felt prosperous.

Back then, Washington and the Federal Reserve treated the critically wounded economy with trillions of stimulus dollars, low interest rates, and quantitative easing. But in 2011, those fiscal and monetary band-aids are not viable options.

It’s a tale told in chapter and verse in Trends Journals, in Trend Alerts and Trends in The News: the promised recovery was no more than a “cover-up.” We correctly forecast that gold prices would soar, the dollar would dive against the Swiss Franc, the European debt crisis would worsen dramatically, the vaunted emerging markets would submerge, and the “House made of BRICS” would not escape the turmoil.

In forecasting the collapse well in advance, Celente provided an accurate timeline and supported his conclusions with quantifiable data and in-depth analysis. However, now that the collapse is underway, history is already being brazenly reengineered, right in front of our eyes. Blaming the S&P downgrade for triggering the global sell-off/financial panic – as the majority of pundits are doing – is as bogus as blaming the onset of World War I on the assassination of Archduke Ferdinand. The downgrade was no more than the proverbial last straw that broke the nation’s financial back.

Trendpost: Trends Journal subscribers take notice. You know that Gerald Celente predicted the collapse. He now maintains there are no substantive DC/FED/ECB/IMF financial cards left to play to reverse the irreversible.

Despite today’s Fed announcement to keep interest rates near zero through mid-2013 – and use policy tools to bolster the economy “as appropriate” – he forecasts that future Fed schemes will, at best, provide only temporary relief and, as with its previous attempts, are doomed to fail.

True to form, the economic propaganda mill is churning at full speed and the media coverage is mostly “bull.” Tune into any business show, pick up any newspaper and what you will get is the economic equivalent of the notorious 9/11 advice from the authorities as people fled the World Trade Center: “Go back to your offices, the fire in the North Tower is under control.”

So now, with some $8 trillion of equity destroyed in just a few days, the authoritative counsel is: “The market is oversold. Get back in. It’s a buying opportunity.” 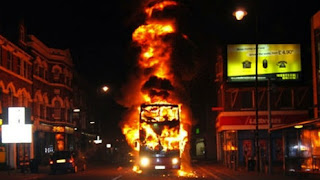