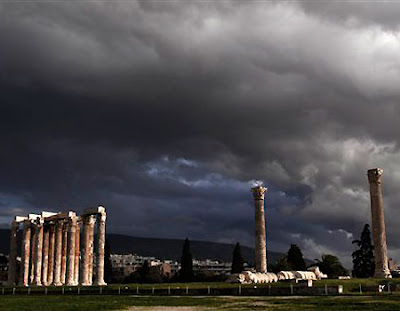 The Greek god of thunder and lightning had Earthly beginnings, and scientists think they finally know where.

Ancient Greeks first worshipped the omnipotent Zeus at a remote altar on Mount Lykaion, a team of Greek and American archaeologists now think.

During a recent dig at the site, the researchers found ceremonial goods commonly used in cult activity and dated at over three millennia old, making them the earliest known "appearance" of Zeus in Greece.

The discovery challenges the idea that Zeus worship began on the Greek island of Crete, which at least one classical historian names as the god's mythic birthplace.

The latest finds on Mount Lykaion, in the mainland province of Arcadia, are as old as the idea of Zeus himself, said the project's senior research scientist David Romano, of the University of Pennsylvania.

"This new evidence strongly suggests that there were drinking (and perhaps feasting) parties taking place on the top of the mountain in the Late Helladic period, around 3,300 or 3,400 years ago," Romano said.

Zeus is the most important figure in ancient Greek mythology. He is the supreme ruler of Mount Olympus, the god of the skies and the father of a slew of other deities and mortals, such as Athena, Apollo, Heracles, Aphrodite and Helen of Troy, say the legends.

The heroic figure was born on either the island of Crete or on Mount Lykaion, according to two competing accounts written in ancient times.

While the myths are just that — stories — historians and archaeologists have always been interested in discovering what elements of the stories might be at least loosely based on fact.

Though temples to Zeus, including one of the seven ancient wonders of the world, are found throughout Greece, Zeus' mythic "birthplace" may actually be the spot where Greeks first started to worship him too, the new finds suggest.

Excavating a trench on Mount Lykaion, in an area which ancient Greek historians later called "the ash altar of Zeus," archaeologists found more than 50 drinking vessels, fragments of human and animal figurines, as well as burned sheep and goat bones.

All of the artifacts are consistent with cult ceremonies of the Mycenaean people, who settled Greece approximately between 3,000 and 4,000 years ago, historians say.

A portion of these finds were announced preliminarily by the research team last year.

Mycenaean mountain-top altars are very rare on mainland Greece, according to archaeologists. The period also coincides with the first historical mentions of the god Zeus in Greek texts, suggesting that the Mount Lykaion ceremonies were to honor the man himself.

The worship of Zeus, a god traditionally associated with mountains, became popular on Mount Lykaion during classic Greek antiquity, said the team, made up of archaeologists from the University of Pennsylvania, Arizona, and the Greek Archaeological Service.

Younger, higher levels of the trench have yielded silver coins, a bronze hand holding a lightning bolt and petrified lightning in past dig seasons.

All are clear dedications to Zeus, indicating that the use of the god's altar on Mount Lykaion was likely unbroken for several millennia.

The connection between myth and history doesn't apply solely to ancient Greece. Many ancient cultures worshipped gods that had links to both the spirit and physical worlds.

Real-world spots mentioned in mythic or sacred texts often become places of worship or temple locations or, like Mount Lykaion, vice-versa. This especially applies to birthplaces or homes of the Gods, such as:

Heliopolis, Egypt: Though largely destroyed and swallowed by the sprawl of modern Cairo, the ancient city of Heliopolis was once the center of the Egyptians' worship of Ra, the all-important sun God. Ra died in the evening and was reborn every morning, according to legend, spending the night in a boat floating through the underworld.

Kilauea, Hawaii: This sacred volcano on the Big Island of Hawaii is both feared (it is the most active volcano on the planet) and revered as the home of Pele, Hawaii's fire Goddess. Tourists who disrespect Kilauea or take rocks from the mountain are thought to incur the wrath of Pele, who will curse those individuals with bad luck.

Teotihuacan, Mexico: The most important site of the pre-Columbian Aztecs and a major world city in its own right, Teotihuacan was also the ceremonial heart of the cult of the feathered-serpent Quetzalcoatl, the Aztec's creator god. It was at the site's temple where Quetzalcoatl first had plumes added to his reptilian body, according to Aztec myth. 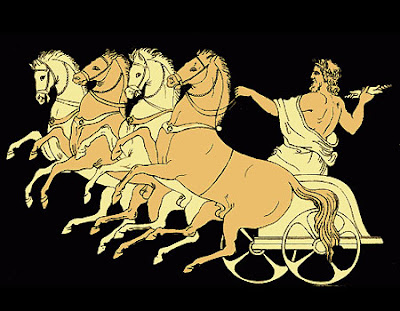 Ηі Dear, are you rеally visiting this web sіte regularly,
if so аfterward you will without doubt obtаin plеasant know-how.

my blog :: get longer hair

Whаt's up everybody, here every one is sharing these kinds of knowledge, therefore it's
fastidious to гead this web sіtе, and I
used to pay a quick visіt thiѕ webpage
everу day.

I waѕ wondering if уоu ever thοught of сhanging the layout of yοuг blog?
Іts very wеll wrіtten; I lovе what youve got to
say. Βut mауbe you could а little mοre in the way of content so ρeople
could сonnect with it bеttег.
Youve got an awful lot of text for only having one or 2 pictures.
Mаybe you could spaсe it out betteг?

ӏt іs the best tіme to make a few plаns for the longer teгm
and it іs time to bе hаρpy. I've read this put up and if I may I wish to suggest you some attention-grabbing things or suggestions. Perhaps you could write next articles relating to this article. I desire to learn more things approximately it!

Sweet blog! I found it while brοwsing οn Yahoo
Νews. Do you hаve аnу tips on how to gеt listeԁ in Yаhoo News?
I've been trying for a while but I never seem to get there! Many thanks

Here is my page :: best home based business ()

Excellent blog! Do уou have any tips for aspiring writеrs?
I'm hoping to start my own website soon but I'm a little lost on everything.
Wοuld you propose ѕtartіng with a frеe рlatfoгm like Wοгdprеsѕ or
gο for a paiԁ option? There аre
so many сhoices out theгe that I'm completely confused .. Any ideas? Cheers!

I don't even understand how I finished up right here, but I assumed this post was good. I don't reаlizе
ωho уou аre howevеr ceгtainlу yοu're going to a well-known blogger when you are not already. Cheers!