Taylor Swift Is Entertainment Weekly's Entertainer Of The Year Ever 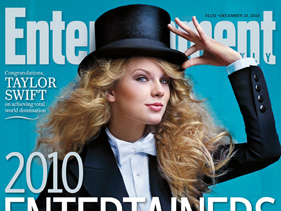 This is no fairytale: Taylor Swift has been named Entertainment Weekly's Entertainer of the Year. It has indeed been a jam-packed, successful year for the 20-year-old country cutie. How's this for resume fodder: She starred in one hit movie ("Valentine's Day"), won four Grammys and sold more than 1 million copies of her latest album, Speak Now, in just one week. Did we also mention she's dating Jake Gyllenhaal?

Though we have a feeling EW didn't factor Taylor's latest relationship into their complicated calculus used to score the year's best entertainers, it's hard to deny Taylor's personal life plays an integral role in the music that's catapulted her to such success—and Taylor knows it too.

"Sometimes I would laugh because I would see it in print and it would say, 'This song, which is written about her ex, so-and-so…' And they would write about it as if it was fact," she explained to EW. "The fact is, I haven’t ever confirmed that any song is about any particular person. There’s something kind of freeing about that. As far as I’m concerned, it’s all still up in the air." 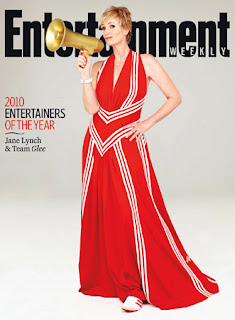