The 7 Best Yetis Ever 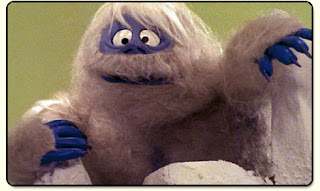 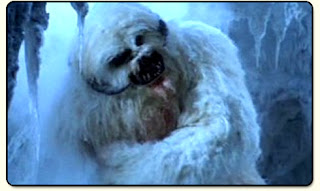 If you're unfamiliar with yetis, think "snowy Bigfoot."

Said to haunt the Himalayas, yetis (I prefer to acknowledge them as a species, not one standalone creature) are probably-not-real ape-like monsters who smell bad and eat people.

As with any cryptid with such a long and disconnected history, no two stories are ever the same. Sometimes, the yeti is huge. Other times, it's shorter than us. Some would have us believe that they're merely an unidentified species of gorilla with zero interest in humans, while others tell legends of yetis who will stop at nothing to tear our arms off.

The supposed physical traits of yetis – "abominable snowmen" – vary greatly even beyond their size. In some versions, they have dark fur. In others, they're the more classic white-furred sasquatches we all want them to be. Local legends can give yetis other names and personalities, but the basic gist – a snowy monster who can probably lift a car over its head – remains consistent.

There's nothing about yetis I don't like, and that has a lot to do with how they've been represented in pop culture. Free of the burdens of any "real life" origin story, the yetis of pop culture can be as big, fuzzy and capable of magic as their creators want them to be. And there have been some seriously big, fuzzy and magical yetis.

Below are my seven favorites. Some of them may stretch the definition of "yeti" a bit, but, for lack of a better reason explaining why I'm okay with including them, I just don't care.

Being a kid in the '80s, I could count on one hand the number of Christmas TV specials that were guaranteed to air each year. Rudolph was one of them. It was already ancient by the time I saw it, but it held up, and I'd like to think that it still does today. There's a lot to love about that special, but nothing beats the giant, man-eating monster who turns amicable when you steal his teeth.

You know the story, I hope. When we first meet Bumble, he's a growling meanie who delights in venison. By the end, he's a toothless teddy bear who uses his immense size to help decorate Christmas trees. Go Bumble!

Sure, Bumble barely resembles any yeti from a "true" story. Considering that he's matched with talking reindeer and ugly toys who sing about their plight, so what? He's the yeti that real yetis should be: Taller than your house and willing to clean its gutters.

Ah, The Empire Strikes Back. As a Star Wars fan, I know its power. It's our standard response to anyone who blasts us for liking Star Warsy things. The one thing from that entire universe that even the most devout hater can't discount. "The good movie."

Truth is, I like them all, but ESB had an undeniable focus and quality that makes it easy to love even without coming up with excuses. It also has a great yeti.

The Wampa is the snow creature that almost eats Luke Skywalker near the film's start. I don't feel like researching the estimates, but let's say he was ten feet tall. (The Wampa, not Luke, though that would've been interesting.)

On the ice planet of Hoth, Wampas are the boss species. They're perfectly adapted for the climate, being so covered with white fur that they're both warm and completely blended into their surroundings. While normally preferring to eat Taun-Taun (horse-kangaroo hybrids), they'll make an exception for any Jedi stupid enough to get distracted on its home turf.

Wampas are sick fucks, too. They prefer to keep their prey fresh. Instead of slaying them outright, they'll hang 'em upside-down in their caves, and let their soon-to-be-victims watch them chew carrion for days before moving in for the kill.

Star Wars books, comics and games added so much more to Wampa lore: They can work in groups, and there are even Wampa subspecies in different sizes and colors. I still prefer the original, who managed to kill a Taun-Taun by scratching its chin for exactly 1.5 seconds.

Just a short time before pro-wrestling broke out and became the hip and happening thing of the late '90s, it still clung to concepts that weren't really working anymore: "Characters" who could not have been real people, no matter how hard you thought about it.

Still, I always loved the goofy monsters of wrestling. When WCW introduced the "Dungeon of Doom," I was thrilled. Here, a collection of otherworldly "creatures" banded together to wreak havoc and kill Hulkamania. (To give you some idea, the Dungeon of Doom included wrestlers based on everything from a shark to the Loch Ness Monster.)

That same Dungeon of Doom also gave pro-wrestling its one and only yeti.

Most consider the Yeti's debut to be one of WCW's most embarrassing moments, but in retrospect, it was pretty freakin' awesome. Literally breaking out of a block of ice in the middle of the arena, our worst nightmares came true: A seven foot monster waltzed into the ring to pummel Hulk Hogan.

WCW's interpretation of a yeti was a little misguided, as he was obviously more of a mummy. The thousands of bandages meant that the rookie wrestler portraying him could barely move, thus limiting Yeti's offense to tapping and hugging.

In at least one future appearance (and there were only a few), the Yeti "thawed out" and began wearing a $20 Halloween ninja costume. He was never a star and everyone hated him, but for pro-wrestling's only yeti, I'll gladly tip my hat.

Primal Rage was a fighting game, similar to Street Fighter or Mortal Kombat. The difference was that instead of controlling humans or even monsters who somewhat resembled humans, here, you made giant apes and dinosaurs kick each other in the heads.

Blizzard was one of the "virtuous beasts," literally the "god of good." He slung frozen projectiles and was worshiped by comparatively tiny people who wore blue clothes in his honor.

He's pretty much the uber yeti. All of the other yetis look at Blizzard and only wish they had his style. He shot ice. He beat up dragons. He had an edible fan club. Plus, no matter how rotten he acted, everyone remained convinced that he was a good guy. Behind closed doors, the Wampa seethes.

Expedition Everest is the top attraction in WDW's Animal Kingdom park – a towering, mountain-themed roller coaster that shoots you backwards and forwards, through tunnels, with all sorts of dips and stops that all serve as appetizers, leading up to the best main course ever: A gnarly, audio-animatronic yeti who comes this close to eating you.

It's a great ride even without an abominable snowman, but factoring him in, it's worth the seventeen mile line. Disney does a great job of making the yeti seem like a huge deal. Even when you're nowhere near the coaster, ominous signs warn you of his presence. Then, if you survive the encounter, you're shuffled directly into a gift shop that sells everything from yeti plushies to yeti backpacks.

Fun fact: The yeti was and probably still is broken, unable to do the massive movements that made him such a star when the ride first opened. Instead, when you reach him, strobe lights and artificial winds will help mask the fact that the yeti can't do much on his own. Try not to notice. He's still a cool monster.

Okay, maybe I'm pushing the definition of "yeti" a little too far this time, but I can't turn down an opportunity to reference Congo. One of my all-time favorite bad movies, this is an absolute feast of talking gorillas and sesame cake.

The "villains" of the film are a secret species of "grey" gorillas, who protect a cave filled with diamonds by absolutely tearing people apart. These gorillas have scarred and monstrous faces, and this paired with the right fur color makes them, at least on a stretch, yeti-esque.

Congo has its flaws, but it does a great job in building Grey Gorilla Suspense™. We start off with only the slightest glimpse, but by the movie's climax, there are around 200 hundred of them, attacking everything in sight. These hardcore warriors wouldn't even let laser fire halt their attempt to smash Tim Curry's skull. I don't see how creatures that badass and whitish grey could be anything but yetis.

Kiwa hirsuta is a recently discovered crustacean nicknamed "yeti lobster" (or "yeti crab") for its lightly colored bristles, which resemble yeti fur. And also because nicknaming new crustaceans "yeti" is a good way to get press.

The idea that yetis would evolve into small lobsters has long been a theory of mine. God knows, hunters and thrillseekers have given the land versions enough grief. These have quickly replaced mantis shrimp as the sea creature I most want to own but never actually will.


Why am I writing about yetis now? I view X-E's Christmas season as having vaguely defined parameters, and a creature who is most at home in a pile of snow certainly fits within them.

Besides, Bumble's here!
Posted by Robalini at Thursday, December 01, 2011