Why You'll Fall in Love With the Xbox Kinect 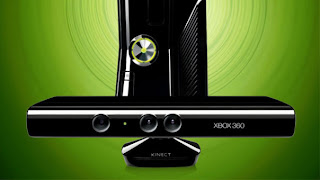 Microsoft's brand-new, much-hyped Kinect for Xbox is finally out -- in all of its motion-controlled glory. Forget the Nintendo Wii. Kinect is sure to be the biggest family-fun hit of the holiday season.

When Microsoft unveiled Kinect two years ago, I wondered to myself: Could a system really abandon the joystick controller and rely on the movement of our bodies to play games? The answer is a resounding yes!

I've been testing Kinect -- or should I say, kickboxing, dancing, and rafting Kinect -- for about a week now, and I'm more than impressed. Remember how cool it was when you first used Nintendo's Wii controllers? Multiply that impression by a factor of 10 and you come close to the experience of Kinect.

Kinect isn't a new system. It's an add-on to the existing Microsoft Xbox gaming console, one which plugs into any of the systems. It uses four microphones and three video lenses to locate your body. The setup is fairly simple. Once it scans your body to identify your height and facial features, you're off and running ... or jumping.

Kinect uses microphones to recognize your voice, letting you speak commands and navigate menus. Microsoft is really proud of this feature; I am not impressed. It sounds like a great idea but it's too clunky. Even in a small room Kinect had difficulty recognizing commands such as "Xbox: Play Kinect Adventures" or "Xbox: Sign In." Sometimes it works and sometimes it doesn't. I ended up getting frustrated and often gave up, going back to using my arms in midair to navigate menu settings.

Nintendo hit a home run by including Wii Sports in the box with the Wii console. Microsoft took a page from Nintendo's playbook, including a copy of Kinect Adventures -- a series of five incredibly addictive games that are fun for the whole family.

Rally Ball is a lot like dodgeball, Reflex Ridge is an Indiana Jones-styled obstacle course, and Space Pop forces you to pop bubbles in midair. In 20,000 Leaks, you try to keep fish away from your undersea boat; in the amazing River Rush, multiple players control a white water raft through wild river rapids.

But my favorite game for Kinect is from MTV and Harmonix: Dance Central. It tracks your body's movement while you attempt to dance alongside professional dancers to some of today's hottest songs. Notice I said attempt to dance. The way I play this game can only loosely be interpreted as dancing -- let's just say I made sure the shades in my house were drawn before I started.

If you want to lose weight, Microsoft Kinect has you covered too. Your Shape includes workouts created by Men's Health and Women's Health. I've been doing cardio kickboxing, yoga, and tai chi. While you're exercising you receive feedback from a personal trainer on the screen. And because Kinect is tracking all of your movements, it'll know whether or not you're doing the exercise correctly.

Beware, however, if you're thinking of getting one: Your existing layout may no longer work. You may need to mount your Kinect sensor bar on top of the television for best results. But for many people that's not an option, thanks to modern thin televisions that the sensor bar simply won't sit on.

My television was too thin for the sensor bar, for example. I had to put it underneath the TV, and that's a problem because Kinect requires about 6 feet of space from the television to where you're standing in order to scan your body from head to toe. I live in a New York City apartment -- it's as small as you've heard such places are -- so the backs of my legs kept hitting my couch.

I imagine this would be a problem for college kids in a dorm room, as well. My advice is to put your Kinect console in an area where you have plenty of space to move around.

But ignore those few annoyances. Kinect is a major advancement in gaming technology and one that's sure to be on millions of kids' Christmas lists this season. And adults' lists too!

Clayton Morris is a Fox and Friends host and the tech godfather behind the Gadgets and Games show.
Posted by Robalini at Tuesday, November 16, 2010