Dr. Laura To Stay On the Airwaves 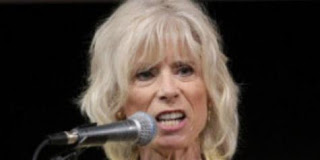 (NY)– Dr. Laura Schlessinger will stay on the airwaves on satellite radio, inking a deal with Sirius/XM for a multi-year contract.

The program will begin January 3, 2010-three days after the date Mrs. Schlessinger vowed to leave her terrestrial radio show because she claimed she couldn’t exercise her First Amendment rights.

Dr. Schlessinger is a long-time radio/television therapist and author who’s been advising her listeners in various venues since 1979. Often the subject of controversies, she once marketed a line of bobblehead dolls that featured her voicing different phrases including: “I am the proud mother of an American Solider” Her marriage and sex advice and infamous personality have made her a pop-culture celebrity for decades.

That son, Derck Schlessinger was serving in Afghanistan in 2007 when he was investigated by the U.S. Army for posting lurid and potentially illegal activities on his MySpace page. The Salt Lake Tribune covered the story but the link is now gone. Cached copies of the article revealed this passage:

The MySpace page, publicly available until Friday when it disappeared from the Internet, included cartoon depictions of rape, murder, torture and child molestation; photographs of soldiers with guns in their mouths; a photograph of a bound and blindfolded detainee captioned “My Sweet Little Habib”; accounts of illicit drug use; and a blog entry headlined by a series of obscenities and racial epithets.

The deal is thought to be multi-year but no financial terms have been revealed. The Associated Press first ran this story on Friday, November 26 but are now telling their partners that the story was not intended for publication.

A native of Brooklyn, Schlessinger will continue to do her show based out of Los Angeles.
Posted by Robalini at Thursday, December 02, 2010