Earth Vs. Flying Saucers With Cloudbusters 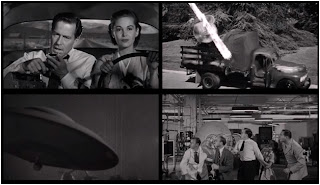 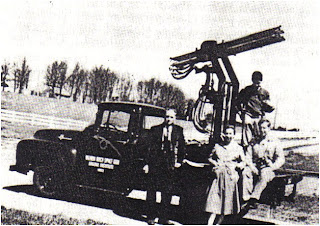 Critics skeptical of the Roswell flying saucer crash story often claim that interest in the event dropped off immediately after its initial media flash in 1947, only to be revived in the 1980s by unreliable UFO researchers seeking to profiteer from a myth of their own making. I have often contradicted this assertion by pointing out that the scientist Wilhelm Reich paid a visit to Roswell in 1955 and made clear references to aliens in relation to the town in his final book, Contact With Space. It is an unusual book primarily documenting Reich and his assistants using beam cannons to clash with flying saucers--in real life, not on the silver screen. 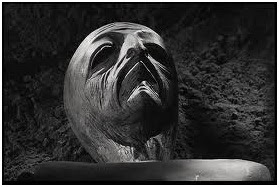 Researchers have slowly been accumulating Roswell references in movies and other pop culture forms to support the idea that the incident had more of a cultural impact on pre-1980s pop culture than previously has been presupposed. The little Roswell grey aliens appear in a mid-1960s episode of the anime cartoon Prince Planet, for instance. Recently, a 1951 wristwatch ad from the Hamilton Corporation was discovered that referred to the weather balloon explanation for flying saucers, an explanation offered only for Roswell in 1947 until adopted by the Robertson UFO investigation panel of 1952. Another obvious example often escapes notice; however, that again ties the tale back to Wilhelm Reich. It involves the famous 1956 Ray Harryhausen movie Earth Vs. the Flying Saucers.

In that movie, aliens attack the earth in flying saucers and in a few instances the aliens hobble out onto the surface. The creatures look a bit like roll-on deodorant cans with stiff arms and legs. The costumes were used briefly in one other movie, 1961’s The Creation of Humanoids, most recently broadcast following an episode of cable TV’s The Walking Dead series. In Earth Vs. the Flying Saucers, the costumes’ rounded helmets with no features conceal the aliens’ real form until one is killed and his roll-cap removed. The alien looks like a Roswell grey.

Wilhelm Reich had Ruidoso, New Mexico as his destination in 1955 for an overnight stay on his way to Tuscon, Arizona. Passing through Roswell—and Stanton Friedman often makes the point at lectures that few just “pass through” Roswell’s out of the way location—Reich clearly was looking for signs of aliens. In Contact With Space, he writes: “Although it was very hot as we neared Roswell, New Mexico, no OR flow [OR was Reich’s abbreviation for orgone, or natural earth energy] was visible on the road, which should have been shimmering with ‘heatwaves’. Instead, DOR [Reich’s abbreviation for “deadly orgone radiation”, which he believed came from the exhaust of UFOs].”

Reich’s concern about the environmental impact of UFOs stemmed from experiences he had in his lab in Rangeley, Maine called Orgonon. In 1951 he first discovered the DOR business by putting a milligram of radium into one of his orgone boxes, an invention of his designed to harness the natural earth energy. It resulted in highly polluted air around the lab, causing fauna to wilt and animals to become ill. Strange red UFOs appeared in the sky over Rangeley. In response to all this, Reich came up with another invention, the “cloudbuster,” a cannon mounted on the back of a truck that concentrated and redirected orgone, which was aimed and fired at the UFOs, causing them to disappear. In the following years, he brought these devices with him to Tucson, Arizona, passing through Roswell, and did battle with UFOs there.

That happened in real life. It’s an obscure story to many now but apparently a paradigm for the major Hollywood science fiction of the time. Reich’s cloudbuster battles with UFOs are virtually reproduced in Earth Vs. the Flying Saucers. Instead of orgone, earth's scientists develop a sonar canon, but they are mounted onto trucks and directed at the space ships in the same way Reich did it. And the movie was released just shortly after the end of Reich’s desert UFO adventure, so it can’t be said that Reich took his ideas from a fanciful movie. In fact, it seems quite the reverse.

The controversies about Earth Vs. the Flying Saucers in the UFO community relate to Donald Keyhoe's request that his name be removed from the credits following his discovery that it would be a “fictional” movie (see here for details). But was it fictional? The movie may have had little relation to Keyhoe’s book at the time, but did it have another uncredited real life analog?