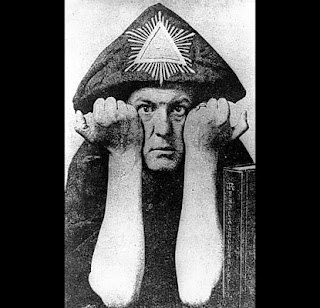 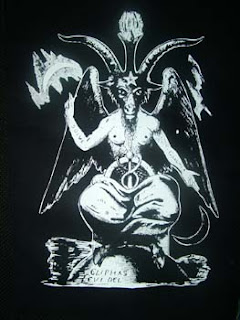 Six mysterious London deaths attributed to the "curse of Tutankhamun" were murders by a Satanist called Aleister Crowley, a historian claims in a new book.

Throughout the Twenties and Thirties London was gripped by Tutankhamun, the Egyptian boy-king whose tomb was uncovered by British archaeologist Howard Carter.

More than 20 people linked to the opening of the pharaoh's burial chamber in Luxor in 1923 died over the following years - six of them in the capital.

Victims included Carter's personal secretary Captain Richard Bethell, who was found dead in his bed from suspected smothering at a Mayfair club.

Bethell's father Lord Westbury then plunged seven floors to his death from his St James's apartment, where he reportedly kept tomb artefacts given to him by his son.

At the time, a frenzied press blamed the "curse" and speculated on the supernatural powers of ancient Egyptians. But author Mark Beynon has now drawn on previously unpublished evidence to conclude the deaths were all ritualistic killings masterminded by Crowley, an occultist called "the wickedest man in the world".

After unique analysis of Crowley's diaries, essays and books and inquest reports, the armchair detective argues that he was a killer obsessed with Jack the Ripper's reign of terror in 1888.

Crowley, who called himself The Great Beast, apparently had his own motives to tarnish the legacy of Carter's legendary discovery.

The gods and goddesses of Crowley's own religious philosophy, Thelema, were mainly drawn from ancient Egyptian religion.

It is likely that he would have found Carter's excavation sacrilegious and wanted revenge, according to Beynon's book London's Curse: Murder, Black Magic and Tutankhamun in the 1920s West End, published this week by The History Press.

Crowley, who was born into a wealthy family in 1875, was a bisexual heroin addict who gained notoriety for advocating sexual promiscuity and prostitution. Beynon paints a picture of a dangerous schizophrenic known to have murdered his servants in India.

Outlining his theory, Beynon said: "When I researched these deaths, Crowley's name popped up again and again. There is plenty of circumstantial evidence linking him to all the deaths and his diaries and books are riddled with clues."

He added: "Everyone was obsessed with the supposed curse of Tutankhamun striking down high society victims. But until now, no one has ever realised that they may well have been murdered."
Posted by Robalini at Saturday, November 26, 2011