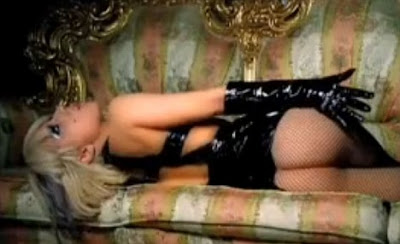 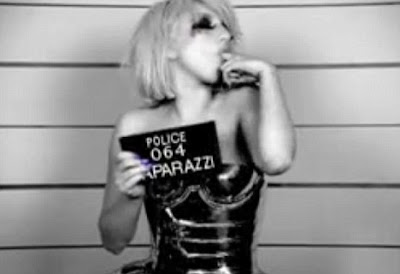 Lady GaGa's new 'Paparazzi' video/mini-movie: We have no words
May 29, 2009
by Aly Semigran
Categories: Lady GaGa 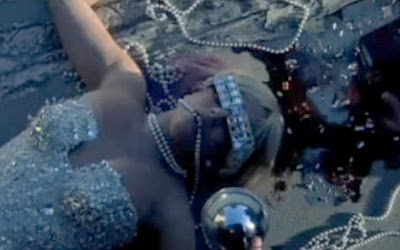 We lied! We have some words.

Though "LoveGame" is the track officially slated to follow previous no. 1s "Just Dance" and "Poker Face" on the charts, GaGa's nearly 8-minute long, semi-NSFW epic for "Paparazzi" gives us even more of the next-level cuckoo we've come to expect from the girl born Stefani Joanne Angelina Germanotta. (At one point in the clip, she even dons the very same metal cyborg leotard from George Michael’s “Too Funky” video!)

The Jonas Akerlund-directed opus, currently being streamed on a GaGa fansite, doesn't get to the song (which, admittedly, is pretty damn catchy) until the 2:27 mark. What begins with our Lady rolling around with her handsome fellow (True Blood's Alexander Skarsgård) in a luxurious mansion (while speaking Italian? German? Help!) leads to him throwing her off the balcony. You know, your basic boy-girl shenanigans.

Cue song, and a dance sequence with a severely injured GaGa in a neck brace, wheel chair (with jazz hands!), and crutches. Apparently for GaGa, crippled is the new couture. But the madness doesn't end there. Why, there's still time for a montage of other dead fame-seekers (think Britney Spears' "I'm so mad at the paparazzi! And Stephen Dorff!" vid for "Everytime" but way more dramatic) and a hot-and-heavy session on a couch with the Swedish triplets from Daisy of Love.

We won't ruin the rest until you've seen it, but what do you think Music Mixers? Does La GaGa get points for executing such a high-concept project, or is it too tasteless for you? Should she make "Paparazzi" her next single? Did you just re-watch it for the tenth time, too?

To see the video: