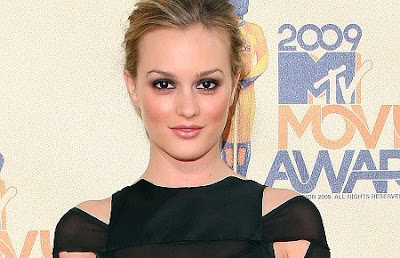 Poor Leighton Meester. She never seems to get quite as much attention as her blithe blond goddess costar Blake Lively.

That may be about to change - for all the wrong reasons.

TMZ.com is reporting that a videotape of Meester having sex with her boyfriend is making the rounds in the celebrity sex tape marketplace.

The alleged video was made a few years ago and shows Meester in her birthday suit. Nothing kinky, except perhaps a little fancy footwork on the ingenue's part, according to TMZ.

The Web site says a company called celebhotline.com is trying to get it's hands on the tape.

It's spokesperson Kevin Blatt told TMZ, "We've seen the tape and we're hoping to close the deal."
Posted by Robalini at Monday, June 29, 2009