Is the party over for Silvio Berlusconi? 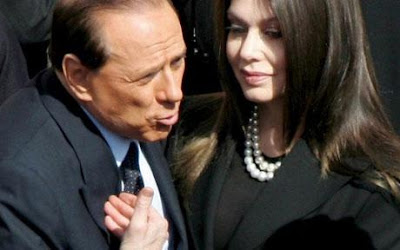 Is the party over for Silvio Berlusconi?
As sex scandals escalate around him, the Italian prime minister is looking increasingly vulnerable, says Nick Squires.
By Nick Squires22 Jun 2009

For years, millions of hot-blooded Italian men have secretly wished they could gatecrash one of the parties hosted by their ebullient prime minister, Silvio Berlusconi, featuring scantily-clad starlets and models, and endless bottles of expensive wine.

But now the bacchanalian gatherings are coming back to haunt Mr Berlusconi. The billionaire businessman, 72, is trying desperately to fend off allegations that an acquaintance paid call girls, wannabe actresses and models to attend the parties. Uncharacteristically, the scandal seems to be getting to him. He is tired, flustered – and worried, because it is threatening to overshadow his hosting of the G8 summit in L'Aquila next month. A national joke is turning into an international humiliation.

Attention is focused on a party that the prime minister held at his Rome palazzo on the evening of November 4 last year – the night of the US presidential election. A couple of days ago, one of the young women who attended the event, former Miss Italy contestant Barbara Montereale, 23, dropped a bombshell by claiming that Mr Berlusconi went to bed with another of the women in attendance, Patrizia D'Addario, 42, who was allegedly promised 2,000 euros (£1,700), and who herself claimed that when she saw the gathered women, she thought: "But this is a harem."

Then, yesterday a third young woman came forward, claiming to have details of the candlelit soirée. Lucia Rossini alleged that her invitation to Mr Berlusconi's palazzo, near Rome's Piazza Venezia, came from a businessman and acquaintance of the prime minister, Giampaolo Tarantini, 35, whom she claimed she knew from her home town of Bari. "Why don't you come with me to a party in Rome?" Mr Tarantini allegedly had asked her at the end of October last year. The three women were supposedly paid to fly to the capital and put up at the exclusive Hotel de Russie.

It is claimed they were driven to Mr Berlusconi's home, Palazzo Grazioli, in a car with tinted windows, arriving there around 11pm. They were greeted by Mr Berlusconi, who is said to have told Miss D'Addario: "I'm happy to see you again." She claimed he was wearing a large amount of orange make-up.

Over the next two or three hours, he reportedly entertained them with bawdy jokes, songs – the former cruise-ship crooner is well known for his love of belting out traditional Neapolitan ballads such as O Sole Mio – and video footage of a meeting with President George W Bush at the White House, which Miss D'Addario described as painfully dull.

At one point Mr Berlusconi excused himself from his glamorous guests – he had to go off and make a statement on Obama's historic victory. "He told me to wait around because he wanted to have breakfast with me," Miss D'Addario claimed. At the end of the evening the three women were allegedly given presents – pendants and brooches in the shape of butterflies and tortoises. Miss Rossini and Miss Montereale, who was pictured in Italian newspapers in a low-cut top showing off the jewellery and claiming that the pieces were designed by the prime minister himself, said goodnight and were taken back to their hotel. But Miss D'Addario stayed behind.

Miss Rossini claimed she was too discreet to ask why. "The things that I imagined had happened, I kept to myself," she said coyly. But her companion, Miss Montereale, had no such inhibitions, claiming that there was a sexual encounter between the call girl and the prime minister.

Miss D'Addario, a single mother who claims she once worked as an assistant to the American television magician David Copperfield, allegedly described what happened that night to prosecutors in Bari. As happens so often in Italy, the details were leaked to the press.

"Go and wait for me in the big bed," the prime minister allegedly said, telling her he was going to take a shower. While he was away she claims to have used her mobile phone to film herself in the room, which contained a framed photograph of Mr Berlusconi's wife, Veronica Lario. This was six months before she accused him of "consorting with minors" and said she wanted a divorce.

The scandal, which now threatens to engulf Italy's centre-Right government, erupted last week following a corruption investigation in the southern port of Bari which had nothing to do with Il Cavaliere, as Italians call Mr Berlusconi.

In the course of wire-tapping Mr Tarantini and his brother over allegations that they had engaged in corruption in winning contracts for supplying equipment to hospitals, Italy's Guardia di Finanza, or Fraud Squad, allegedly overheard them talking about recruiting young women for the prime minister's parties. As a result, chief prosecutor Giuseppe Scelsi launched an investigation into Giampaolo Tarantini for allegedly abetting prostitution. He has denied the accusation, saying any money the women received was reimbursement for "expenses" such as travel and hotel bills. The government has been under siege ever since.

Mr Berlusconi appears to think he can ride out the scandal, despite the daily revelations of alleged sleaze, and has angrily described the stories that have dominated the Italian press this week as "rubbish". Yesterday, asked what his response was to the latest allegations, he told journalists: "I'll hang tough."

Mr Berlusconi has said that the allegations are part of a Left-wing plot to discredit him. But there is also speculation that they have surfaced to torpedo his suspected ambitions to alter the constitution so he can become president.

The prime minister, who is not under investigation himself, has told his closest supporters to draw a veil of silence over the affair, and not talk to the press. But stonewalling will fail to stem the growing clamour of criticism against him, not only from his political opponents, who have said he should explain his conduct or resign, but also from conservative newspaper editors and the Catholic Church.

The unfolding scandal has revealed intriguing insights into how Mr Berlusconi weaves the spider's web of gorgeous young women that surround him. Attractive girls flock to Mr Berlusconi's court in the hope of launching careers on the variety television programmes that Italians are so fond of, or as presenters, weather girls or even politicians. Berlusconi's party touted a former Miss Italy entrant, Barbara Matera, and a busty Big Brother contestant as candidates for the recent European elections.

Several women, including the 18-year-old underwear model Noemi Letizia whose birthday party he attended, have said they refer affectionately to Mr Berlusconi as "Papi", or Daddy.

It is not yet clear to what extent the scandals are denting Mr Berlusconi's popularity. Many Italians – particularly men – are unfazed by the shenanigans. "What do you expect him to do when all these gorgeous girls are throwing themselves at him?" said a well-dressed businessman enjoying a cappuccino in the Piazza Navona yesterday.

But observers say the affair is taking its toll on the elderly politician. "He is flustered, because he hasn't been able to control the narrative that has been pushed against him," said James Walston, a professor at the American University in Rome. Senior ministers have rallied round, but some of his own party members worry that Mr Berlusconi may finally have pushed the tolerance of Italians too far.

The big test, of course, will come early next month, when the world's most powerful leaders, including the US President and Gordon Brown, will gather at the G8 summit in L'Aquila. With more unseemly revelations about the prime minister's private life expected to emerge, it is an event that the squeaky-clean American President, and even the beleaguered Mr Brown, are probably dreading. 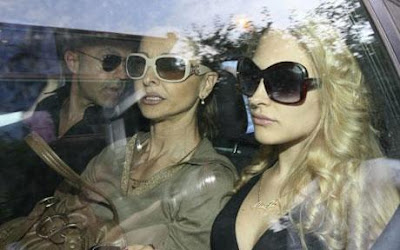