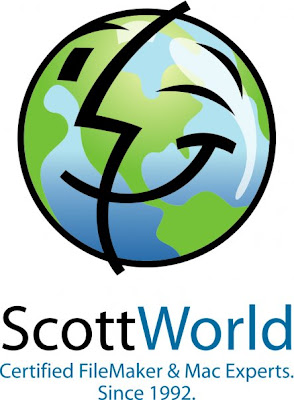 Apple just made a serious of staggering announcements today, and I'm still blinking like a deer in the headlights trying to process it all!

Here are a few of today's most important announcements:

- First of all, the iPhone 3G is now only $99! This is an unbelievable new price!

- The MacBook Pro line is now SIGNIFICANTLY CHEAPER, FASTER, and has new features -- such as a built-in SD Card Reader for your SD Cards that you use inside your digital cameras. As an example of the new lower pricing, the 15" MacBook Pro used to start at $1,999, but now it starts at $1,699. You can read more about the new MacBook Pro line here:

- iPhone OS 3.0 software update is coming on June 17th! If you already own an iPhone, in just 9 days, you'll get a bevy of new features delivered right to your current iPhone! Features like cut/copy/paste, a landscape keyboard in more applications, MMS messages, spotlight searching, voice memos, holiday subscriptions in your calendar, buying movies & TV shows & audiobooks from your phone, sync your notes between your iPhone and your Mac, and much much more. You can read about all these new improvements here:
http://www.apple.com/iphone/softwareupdate/

- Oh, and ScottWorld has a brand new logo. This is the first step in what will soon be a complete overhaul of the ScottWorld website, along with an introduction of brand new ScottWorld services -- such as Mac training bootcamp weekends! Stay tuned for more details....

My blog about life + technology:
http://scottworldblog.wordpress.com/
Posted by Robalini at Sunday, June 21, 2009