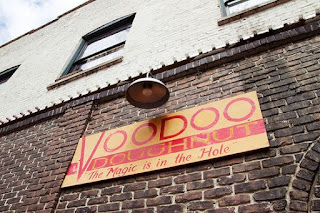 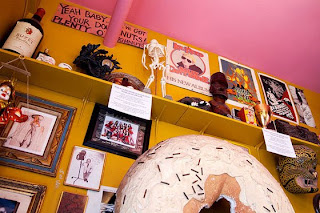 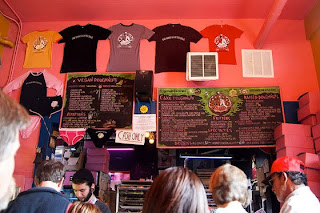 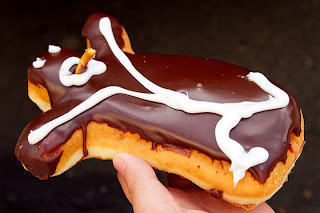 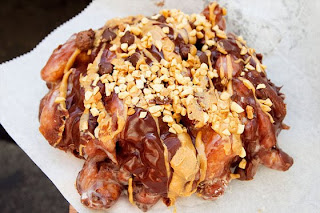 These are just a few of the quirky doughnut creations you'll find at Voodoo Doughnuts, Portland's famed independent doughnut mini-chain (they opened their third location in Eugene just this past May). It was one of the most frequent recommendations I received when I told people I was going to Portland. I didn't think it could live up to the hype, but I knew I couldn't not try a doughnut covered in Cocoa Puffs or sprinkled with Tang.

So on a Saturday afternoon (more specifically, a holiday weekend—July 3), I visited the original seven-year-old, hole-in-the-wall-like location in Old Town and waited about 40 minutes to get my doughnut on. To get the most out of those 40 sweaty minutes, I ordered seven doughnuts, knowing very well there was no way my four friends and I could eat all of them without feeling ill. 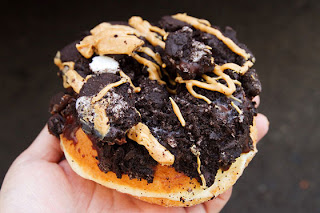 They mostly tasted how they looked

Overall, the doughnuts weren't life changing, but they were fun and inoffensive. They mostly tasted how they looked: fried dough + sweet frosting + bacon/cookie chunks/crunchy cereal chunks in various iterations. 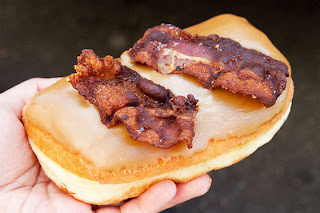 The Maple Bacon Bar had an especially good flavor combination. The best overall doughnut was easily the Memphis Mafia fritter, a hulking mound (at least twice the size of the other doughnuts) of golden, crispy fried dough topped with banana chunks and cinnamon sugar, covered in a glaze, drizzled in chocolate frosting and peanut butter, and sprinkled with crushed peanuts and chocolate chips.

Overkill? Hell yes. But the flavors go together well (figuring your taste buds can tolerate high concentrations of sugar), and the dough had a great crispy crust and fairly soft and light interior. 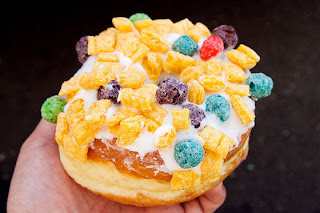 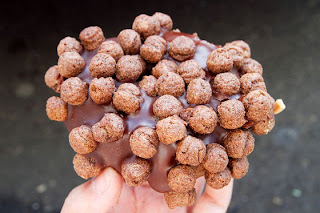