The Icon Of Individuality Who Will Live Forever 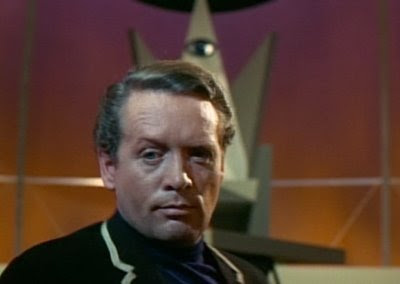 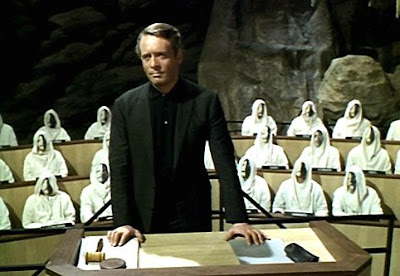 Fans of the cult 1960’s TV show The Prisoner are today mourning the death of Patrick McGoohan, who passed away aged 80 after a short illness, but the role embodied by McGoohan as “Number 6? will live on as an icon of individuality and freedom in an increasingly totalitarian and controlling society.

McGoohan’s character, who introduced every episode with the cry, “I am not a number, I am a free man!”, railed against the overlords of a beautiful yet oppressive open air prison known as The Village during the 17 episode series as his ceaseless efforts to escape were continually thwarted by the authorities that ruled over the mostly brainwashed and subservient population.

The series was littered with disturbing parallels to what has unfolded in terms of the big brother panopticon that surrounds us more than 40 years after The Prisoner was first broadcast.

McGoohan himself was the creative force behind many of the episodes as well as playing the lead role and he made it clear in interviews that The Village and its symbolism was merely an allegory for the psychological prison of modern society - authoritarian control, mindless consumerism and lack of independent thought, or as McGoohan put it, “A place that is trying to destroy the individual by every means possible, trying to break his spirit so that he accepts that he is Number 6 and will live there happily as Number 6 forever after,” adding that the character of Number 6 symbolizes “the one rebel that they can’t break”.

“We’re run by the Pentagon. We’re run by Madison Avenue. We’re run by television. And, as long as we accept those things and don’t revolt, we’ll have to go along with the stream to the eventual avalanche,” McGoohan said in a 1977 interview.

“As long as we go out and buy stuff, we’re at their mercy. We’re at the mercy of the advertiser. And, of course, there are certain things we need, but a lot of the stuff that is bought is not needed. We all live in a little village. Your village may be different from other people’s villages, but we are all prisoners.”

The series was decades ahead of its time and predicted the ubiquitous surveillance society that we now find ourselves living in, as well as technological advancements such as the cordless phone, which was unheard of in the mid 1960’s, as well as miniature spy cameras.

The rulers of The Village, headquartered within a giant central dome that also served as a CCTV surveillance hub allowing them to track the movements of every citizen, were symbolized by a metallic pyramid with an all-seeing eye at the top, but the viewer only ever met a series of sidekicks called Number 2, and never discovered who was Number 1 until the very last episode.

McGoohan enraged many viewers with the controversial conclusion of the series, which revealed that Number 1 was Number 6 himself, a metaphor for the fact that ultimately we are wardens of our own prison. The finale also depicted the prisoner’s escape, only to reveal his return to another form of prison - society itself.

The intellectual mystique that surrounded the series engendered a cult following that remains decades later and provides a literary alarm bell for the direction in which our world is heading - with freedom, privacy and individuality being crushed and replaced with authoritarianism, bureaucracy , and tyranny as well as an exaltation of the cultural mundane while genuine originality, intellectualism and creativity is shunned.

The spirit of McGoohan’s creation lives on in all of us as we each in our own small way continue to rebel against the prison planet that has been built around us while attempting to educate the wardens who continue to support the very means of their own enslavement.