Canceled: Life on Mars Is Dead 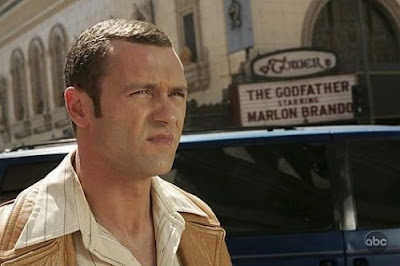 ABC has canceled Life on Mars, but will allow the cop drama to complete its full one-season run. The network has opted not to extend the series beyond 17 episodes, according to Variety.

It’s not all bad news, though. Rather than wait until May when on-the-bubble shows are typically told whether or not they’ll be renewed or canceled, ABC told the producers now, so that they can plan for a proper series finale — a courtesy not extended to the recently unplugged ABC shows Pushing Daisies, Dirty Sexy Money and Eli Stone. “We felt it was the right thing to do for the producers and the fans and creatively,” ABC Entertainment Group President Steve McPherson told TelevisionWeek. Calls to ABC were not yet returned.

This is particularly important for Mars, as its mysterious premise — an NYPD cop is hit by a car and spontaneously time-travels back to 1973 — requires some explaining. Is Sam Tyler (Jason O’Mara) in a coma, at the mercy of supernatural forces or something else entirely?

For now, it seems, the fans will get that answer.

Did Life on Mars deserve the ax? Is ABC getting an itchy trigger finger on the cancellation front? And how would you like to see the series end?
Posted by Robalini at Wednesday, March 11, 2009

Email ThisBlogThis!Share to TwitterShare to FacebookShare to Pinterest
Labels: ABC, Life on Mars

Did Life on Mars deserve the ax?

Is ABC getting an itchy trigger finger on the cancellation front?

They pulled the plug in the middle of two mini series, The Nine and another show. They say that you can watch the rest of the series at their website but what if you have a dial up connection?

They need to stop doing this or they will lose viewers. The top brass at ABC are idiots.

No way. That show was great and they should have given it a chance to unfold....should they have canceled the x-files at the beginning??? Give me a break...abc stinks!!!!

Spot on Valwest74, spot on.

Sorry to seem a little parochial (though hopefully also illustrate that zapping religion doesn't mean we lose our competitive edge! - see my post on the religion thread) but Life On Mars is actually a Brit show! Go to bbc.co.uk and search for L O M - the characters of DI Sam Tyler and DCI Gene Hunt are wonderful - not to mention the car! Try to view a vid of the Brit version. And what about Ashes To Ashes?