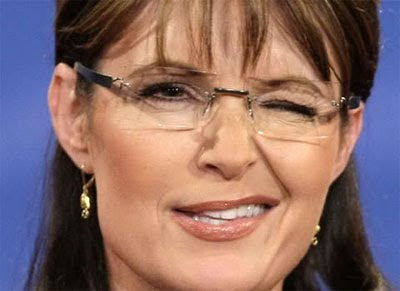 The Tea Party movement is now almost completely unrecognizable from what it was a few short years ago. It came to prominence in 2008 when the Libertarian Party of Illinois planned to hold an April 15, 2009 anti-tax “Boston Tea Party” in Chicago. In February 2009, the idea grew after CNBC personality Rick Santelli, speaking from the floor of the Chicago stock exchange, criticized the Obama administration’s tax and economic policies and urged Americans become Tea Party activists.

In fact, the idea began as the Boston Tea Party in 2006. It was founded by a group of former Libertarian Party members who criticized the party for its “abdication of political responsibilities,” declaring that “Americans deserve and desperately need a pro-freedom party that forcefully advocates libertarian solutions to the issues of today.” The Boston Tea Party opposed statism at all levels. “The Boston Tea Party supports reducing the size scope and power of government at all levels and on all issues, and opposes increasing the size, scope and power of government at any level, for any purpose.”

How things have changed.

It didn’t take long for establishment Republicans to steal the idea and claim it as their own. A few weeks after Rick Santelli made his comments, Ron Paul’s media coordinator Steve Gordon went on MSNBC’s Rachel Maddow show and complained about what he characterized as an attempt by Republicans to hijack the idea. Gordon specifically blamed former Republican House Speaker Newt Gingrich and Arkansas governor Mike Huckabee.

It didn’t take long for Republicans to embrace the idea. RNC Chairman Michael Steele, Sarah Palin, and Rep. Michele Bachmann from Minnesota have suggested the Tea Party should be rolled into the Republican Borg hive.

Now there will be a national Tea Party convention in Nashville. It will be a parade of Republican statists with former Alaskan governor Sarah Palin leading the charge. “I look forward to meeting many Americans who share a commitment to limited government, common sense and personal responsibility. This movement is truly a grassroots, organic effort. It’s not a top-down organization,” Palin wrote for USA Today, “it’s a ground-up call to action that already has both political parties rethinking the way they do business.”

Ground-up? Tea Party candidates for the 2010 mid-term elections “will be expected to support the Republican National Committee platform,” according to Fox News. “If a particular candidate meets the proposed Tea Party criteria he or she would be eligible for fundraising and grassroots Tea Party support.”

“Once elected to office, members would be required to join a Congressional Tea Party Caucus, attend regular meetings and be held accountable for the votes they cast. Those who stray from the Tea Party path would risk losing it’s support and a likely re-election challenge.”

In other words, business as usual. Under the rule of George W. Bush and the Republicans, “inflation-adjusted spending on the combined budgets of the 101 largest programs they vowed to eliminate in 1995 has grown by 27 percent, according to the libertarian Cato Institute. Eight years of a Republican president, six with a Republican-controlled Congress, resulted in bigger government, the biggest expansion of entitlements in 40 years and a $700 billion bailout of Wall Street that continues to grow,” writes Donny Ferguson of the Libertarian National Committee.

Bush and the Republicans also invaded two sovereign nations and killed more than a million Iraqis. Democrats by and large supported these war crimes. They also overwhelmingly supported the Republicans when they attacked the Constitution and the Bill of Rights (the so-called Patriot Act being only the most egregious example).

If the co-opted Tea Party embraces the Republican National Committee platform, it will finalize its mutation from a grassroots libertarian organization into an establishment statist tool pushing a national debt for the banksters, bloated government, taxation, perpetual war, and continued attacks on the Constitution and the Bill of Rights.

It should be obvious by now that the Republicans plan to run Sarah Palin against Obama in 2012. This will be a disaster for the Republicans because many Americans are not fooled by her sudden Tea Party plumage. Republicans are desperate to regain control of the White House and Congress and give us four or eight more years of Bush and his warmongering statist neocons. It is a shabby and absurdly transparent gimmick.

Real Tea Party activists and supporters need to reject Palin, Huckabee, Gingrich, and the Republicans out of hand. They should be vocal about their rejection. Otherwise we will end up with another ideologue and teleprompter reading cigar store Indian for the ruling elite.
Posted by Robalini at Thursday, February 11, 2010