The Rolling Stones' Exile on Main Street: hell that spawned a classic 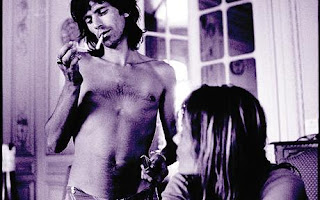 Rolling Stones at Villa Nellcote: 'Jam sessions went on for days, with songs that were never finished' The Rolling Stones’s Exile On Main Street is an album so shrouded in myth it practically defines the bohemian, decadent, counter-culture appeal of Seventies rock ’n’ roll. It is wild, electric music played by narcotic demigods with one foot in the 20th century and the other in some ancient, mystic swamp of steamy, primal passion. From the freak show photo montage on the original gatefold cover to the four sides of black vinyl crammed with a weird concoction of ragged r&b, country, soul and gospel, this was a voodoo jam from a band of outlaw rockers on the run.

The myth goes something like this: It was 1971. The greatest rock ’n’ roll band in the world were forced into exile, chased away from Britain by Labour’s 93 per cent tax on the rich (and the revelation that their accountants hadn’t been paying it). Desperate, they decamped to the south of France, where the heroin-addicted Keith Richards set up a studio in the basement of the rented Villa Nellcote.

A dizzying cast of characters passed through the doors and passed out beneath the chandeliers of the 16-bedroom former Nazi stronghold, including film stars (James Caan, Faye Dunaway), musicians (Gram Parsons, Bobby Keys, Nicky Hopkins), cult novelists (William Burroughs, Terry Southern) and an endless parade of local Marseilles groupies, drug dealers and even a troupe of Bengali drummers.

Richards and Mick Jagger weren’t getting on. Jagger was often absent, flitting to Paris with new bride Bianca (they married in May 1971 in Saint Tropez) and their jetset friends. Richards was operating on his own timescale, missing sessions for days on end in smack-addled stupors, or keeping the band jamming through the wee hours while he relentlessly worked over two chords.

Charlie Watts and Bill Wyman dug deep into a well of patience and sent emissaries across the Channel to stock up on PG Tips and HP sauce. Baby-faced guitarist Mick Taylor slid into heroin addiction and alcoholism. The power supply was hot-wired from the national grid. The basement perspired dampness so instruments were constantly going out of tune. Jam sessions went on for days, with hundreds of takes of rambling songs that were never finished. It ended with a drug bust and Richards was banned from France for two years.

But, miraculously, when the Stones decamped to Los Angeles to listen back to the tapes, they discovered they had captured something magical. Out of decadence and adversity came the Rolling Stones’ defining masterpiece.

That is the story, anyway. The truth may or may not be more prosaic. Nobody is really sure, because there are – as in all the best legends – so many conflicting recollections. Jagger has always been a bit baffled by the album’s popularity with fans (perhaps because it is viewed as Richards’s baby) and has cast doubts on how much of the finished album was actually recorded in Nellcote, claiming sessions he oversaw in London and Hollywood were more productive.

Richards stands by the story. “If you believe Mick, you’ll believe anything,” he spluttered in a recent interview. “His recollection is quite honestly bull----… He doesn’t feel he’s under any obligation to tell the truth.”

A new BBC Two documentary, Stones In Exile, attempts to separate fact from fiction in the making of the album, but can chiefly be recommended for lots of pictures of the Stones at their most decadently cool.

Potentially more damaging to the myth is Universal’s imminent release (on Monday) of the remastered album, with a bonus set featuring 10 tracks allegedly recorded during the Exile sessions. Watts claims these were mainly instrumental backing tracks to which Jagger has added new vocals. The result might be hailed as a return to form if billed as a new Stones album but it is far too clean, perfectly separated, bass-boosted and polished to pass muster with the original, with Jagger high and clear in the mix. “Lead singers never think their vocals are loud enough,” as Richards commented.

The bonus disc reeks of 21st century air-conditioned luxury recording facilities, but go back to the original and you can practically smell the damp basement squalor.

The start of the Seventies was a moment when rock paused to take stock, looking backwards after the futuristic charge of the Sixties. It was as if the Stones had time to reflect on all the great cultural waves of American music; all the blues and gospel and country influences they had instinctively absorbed suddenly pouring out in rip roaring jam sessions. At times it sounds like a brawl in a Harlem dance hall, with cheap liquor and twirling skirts, peppered with Bobby Keys’s wild tenor sax and Nicky Hopkins’s barrel house piano. Torn and Frayed is poor-boy white country music, with Gram Parsons filling Richards’s head with lyrical Southern licks.

The influence of other musicians on Exile is profound but at its heart is Richards himself. It rides on his droning, electric mantras. If you want to know what it is that makes him so special, listen to the ever-shifting nuance of his hypnotic playing on Ventilator Blues, in which he bends every possible twist out of a two-chord trick.

If you were to judge each track on its own merits, you might not find a lot to recommend it. But when you tuck into Exile, what you are getting is a flavour. The mixes are gluey and dense, inseparably stuck together, with everybody playing their socks off, solos weaving in and out, and Jagger shouting to be heard above the din.

He has never sounded better, precisely because he is buried in the mix; part of the tapestry of the band rather than its focus. Taken as a piece, it is a hypnotic, gale-force, rock ’n’ roll album, an explosion of joyous abandon that has rarely been equalled. You might, if you look closely enough, be able to unravel the myths of its creation, but you can never unpick the magic of the music.
Posted by Robalini at Monday, May 31, 2010

Great blog of rolling stone.
A Rolling Stones quiz will show that there were changes to the band over the course of the years. Ronnie Wood joining the band would help create the guitar sound that has guided them for the last thirty years.