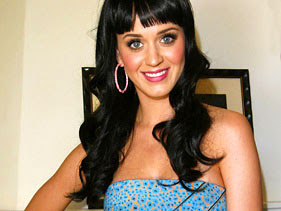 Many beautiful women made Maxim's 2010 Hot 100, but only one was deemed the hottest of the hot: Katy Perry.

Why Perry? "It's that feeling you get when you suddenly realize that the smartest, funniest, coolest girl you know also happens to the best looking and a pretty good skateboarder too," Joe Levy, Maxim editor in chief, explained to ABC News. "All of a sudden, your crush goes supernova, and this is Katy's supernova moment."

"[Megan is] a sex symbol for the ages," Levy said. "Megan's sultry looks hit every red-blooded guy right in the gut."

But it seems that the other ladies don't have Perry's unique appeal, Levy said. "[She's] a triple — no, quadruple — kind of hot," Levy told Us Weekly.

A number of Hollywood's hottest actresses also made the cut this year. Last year's #1, Olivia Wilde, fell to #20 this year. She's joined by Angelina Jolie at #38, Emma Roberts at #78 and "The Hills" star Kristin Cavallari at #76.