Bill Hicks: the man who said the unsayable 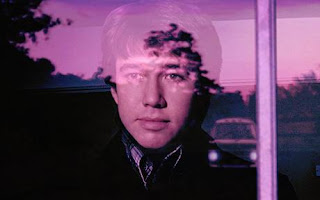 Bill Hicks: the man who said the unsayable
Bill Hicks took stand-up comedy to new heights – and depths – but died at just 32, on the brink of global fame. A hard-edged new biopic reveals and intense and dark young comic.
Andy Fyfe
12 May 2010

In Edinburgh in the summer of 1991, I became the first British journalist to interview Bill Hicks, a man once described as “the most dangerous comedian in the world”. The legendary American stand-up was jittery about how his first audiences outside North America would react to his volatile, controversial act. I was young, and nervous about meeting him. “OK, well, this is the strangest interview I’ve ever done,” he snapped after a few minutes, bringing an abrupt end to my attempts at small talk. “Are we actually going to get to any questions?”

Cowboy-booted, chain-smoking Hicks was the most significant American comedian of his generation, the natural successor to Lenny Bruce and Richard Pryor.

He was rude, angry, uncompromising and saw within popular culture a conspiracy to dumb people down so that they could be more easily controlled. He died in 1994, at the age of 32, but still ranks high on most lists of the greatest comics of all time.

A new documentary American: The Bill Hicks Story serves as a reminder of how lucky I was to get away with a mild rebuke. In one clip taken from a live performance, he rounds on a heckler. “Once again,” he screams at the audience, “you, the pee’d on masses, ruin anything anyone tries to do because you can’t do it on your own.”

Hicks’ appearance in Edinburgh that year felt like a one-man stand-up revolution, a provocation to British comics.

But it was also important for Hicks, whose career was stalling in the US after comedy venues became reluctant to book him thanks to his previous wild behaviour, largely fuelled by alcohol and drugs. Despite cleaning up in 1988, he still struggled to get work but on tours of Britain and Ireland he was treated like a rock star and built a devoted following.

In Edinburgh, he reduced an audience of 300 to hysterical tears, with an assault on the modern world that was as brutal as it was brilliant. The first Gulf War? “That wasn’t a war. A war is two sides fighting each other. Iraq: 150,000 casualties. USA: 79. Does that mean if we had sent over 80 guys we woulda still won?” Abortion? “Pro-lifers, don’t link your arms around clinics. Link them around cemeteries. Let’s see how committed you really are.” The Media? “By the way, if anyone here is in advertising or marketing, kill yourself. Seriously, there’s no joke coming, you are Satan’s spawn, filling the world with bile and garbage. Kill yourself now; it’s the only way to save your souls. Now, on with the show… ”

It was confrontational, often ugly stuff; an approach Hicks defined as “cynical humanism”. But he made you want to follow him into battle against the demons of evil, oppression, banality.

His life story is told in the film, which combines interviews with family and friends, performance footage and animated montages.

Born in 1961, he was raised in a strict churchgoing family in Houston. “People thought he was raised a fundamentalist Christian – hell no!” objects his brother Steve during an interview in the film. “We were Southern Baptists and that’s much worse.” His comic epiphany came watching Woody Allen in the 1967 James Bond spoof, Casino Royale. According to friend and early comedy partner Dwight Slade, “he couldn’t believe you could make a living being a comic”.

When Houston’s first comedy club, The Comedy Workshop, opened, the teenage Hicks would sneak out his bedroom window to perform at the club; the snippets of those early performances shown in the film are staggering. Even at 17 Hicks’ stage mannerisms are intact: the way he stalks the stage, the frustrated hair smoothing, the ever-present jabbing cigarette.

From there the story moves with 19-year-old Hicks to a disenchanting brush with Hollywood, and his return to Houston as a 21-year-old stand-up. There his drug and alcohol intake spiralled, and eventually he left for New York to clean up. By the early Nineties, Hicks was back on track with British tours, monologues on Late Night with David Letterman, festival appearances, and CD and video releases of his material, but he continued to challenge the status quo. His last routine for Letterman in October 1993, which featured an attack on pro-lifers that he had been using for years, was deemed too controversial and cut from the show. Hicks, typically, saw conspiracy: during a commercial break in the show he was cut from, the network ran a pro-life advertisement.

The fall out from the censorship gained him more notoriety in the US than any of his previous appearances, but it was too late. Diagnosed with pancreatic cancer the previous April, he died in February 1994.

Most comedy is about taking our minds off our problems. Hicks didn’t want anyone distracted, he wanted us to fight back. “The American dream is a crock,” he told me back in 1991. “Stop wanting everything. Everyone should wear jeans and have three T-shirts, eat rice and beans. Don’t eat McDonalds. Don’t buy suits. F--- ’em, OK?”

His message comes across in American: The Bill Hicks Story, but the film serves up Hicks the comedian at the expense of the man. A huge hole in the story is the absence of his manager and fiancée, Colleen McGarr. Maybe she’ll surface in the Hicks biopic Russell Crowe is developing, but her input might have softened the documentary’s dark, intense image of Hicks. There was certainly a softer side to his nature, if not his comedy.

Hicks’ misanthropy had a heart: redemption is yours if you open your eyes and use your freedom of speech. No other comedian demanded that right to free speech – and a platform on which to preach it – as brilliantly as Bill Hicks.
Posted by Robalini at Saturday, May 22, 2010