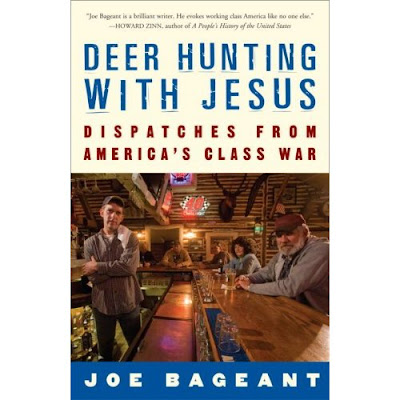 *Starred Review* Bageant mixes a reporter's keen analysis, a storyteller's color, and a native son's love of his roots in this absorbing dissection of America's working poor. Returning to his hometown of Winchester, Virginia, after 30 years of life among the elite journalistic class, Bageant sought to answer the question of why the working poor vote for Republicans in apparent opposition to their own interests. On a broader level, he examines issues of economic class distinctions as he drills below the middle-class claims of his hometown. The reality is that two of five residents do not have high-school diplomas and virtually everyone over 50 has serious health problems in a town — and nation — with poor and failing schools and health systems. Still clinging to illusions of personal responsibility and the vain hope of someday achieving wealth, Winchester's residents fall deeper into debt, farther behind in ambitions beyond working in the local factory — if they're lucky — and, along with their children, subject to the de facto draft of economic conscription. Through the lives of his friends and family, Bageant explores the importance of hunting, religion, and redneck pride in what he describes as the "American hologram." A wise, tender, and acerbic look at life among America's working poor.
Bush, Vanessa
Copyright © American Library Association. All rights reserved --This text refers to the Hardcover edition.

Review
"Joe Bageant is a brilliant writer. He evokes working class America like no one else. The account of his revisit to his Virginia roots is sobering, poignant, and instructive."
—Howard Zinn, author of A People's History of the United States

"This book is righteous, self-righteous, exhilarating, and aggravating. By God, it's a raging, hilarious, and profane love song to the great American redneck. As a blue state man with a red state childhood, I have been waiting for this book for years. We ignore its message at our peril."
—Sherman Alexie, author of Reservation Blues

“This fine book sheds a devastating light on Bush & Co.'s notorious 'base,' i.e. America's white working class, whose members have been ravaged by the very party that purports to take their side. Meanwhile, the left has largely turned them out, or even laughed at their predicament. Of their degraded state—and, therefore, ours—Joe Bageant writes like an avenging angel.”
—Mark Crispin Miller, author of Fooled Again: The Real Case for Election Reform

"Joe Bageant is the Sartre of Appalachia. His white-hot bourbon-fuelled prose shreds through the lies of our times like a weed-whacker in overdrive. Deer Hunting with Jesus is a deliciously vicious and wickedly funny chronicle of a thinking man's life in God's own backwoods."
—Jeffrey St. Clair, author of Grand Theft Pentagon and co-editor of CounterPunch

“This recounting of lost lives—of white have-nots in one of our most have-not states—has the power of an old-time Scottish Border ballad. It is maddening and provocative that the true believers in 'American exceptionalism' and ersatz machismo side with those stepping all over them. Bagaent's writing is as lyrical as Nelson Algren's, and if there's a semblance of hope, it's that he catches on with new readers thanks to the alternative media.”
—Studs Terkel

"Deer Hunting with Jesus is one of those rare books that is colorful, depressing, hilarious, and biting all at the same time. Joe Bageant has given us a glimpse into the vicious class war that is too often ignored or hidden by those happily perpetrating this war."
—David Sirota, author of Hostile Takeover

“Dead serious and damn funny ... Bageant writes with the ghosts of Hunter S. Thompson, Will Rogers, and Frank Zappa kibitzing over his shoulder ... Takes Thomas Frank’s What’s the Matter With Kansas, to the next level. “
—Mother Jones

“Bageant mixes a reporter's keen analysis, a storyteller's color, and a native son's love of his roots in this absorbing dissection of America's working poor ... wise, tender, and acerbic."
—Booklist

“Hilariously funny, very angry, and somewhat depressing . . . The one book I read in 2007 that I would like all of you to read.”
—Atlanta Journal-Constitution

From the Hardcover edition.

A raucous, truth-telling look at the white working poor-and why they hate liberalism.

Deer Hunting with Jesus is web columnist Joe Bageant’s report on what he learned when he moved back to his hometown of Winchester, Virginia, which-like countless American small towns-is fast becoming the bedrock of a permanent underclass. By turns brutal, tender, incendiary, and seriously funny, this book is a call to arms for fellow progressives with little real understanding of "the great beery, NASCAR-loving, church-going, gun-owning America that has never set foot in a Starbucks."

Joe Bageant writes an online column (www.joebageant.com) that has made him a cult hero among gonzo-journalism junkies and progressives. He has been interviewed on Air America and comments on America’s long history of religious fundamentalism in the BBC/Owl documentary The Vision: Americans on America. Until recently he worked as a senior editor for the Primedia History Magazine Group. Bageant and his wife recently downsized their lives in America so that Joe could spend half the year in Belize, where he writes and sponsors a small development project with the Black Carib families of Hopkins Village.
Posted by Robalini at Thursday, September 18, 2008