The House That Wilt Built 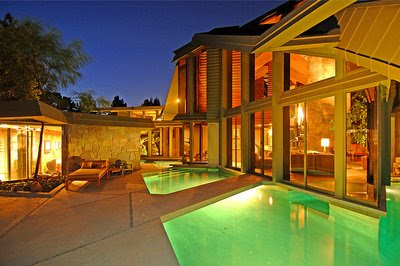 For fans of basketball giant Wilt Chamberlain and his larger than life bachelor style, here are some pics and details of the ultimate Bel Air bachelor pad. 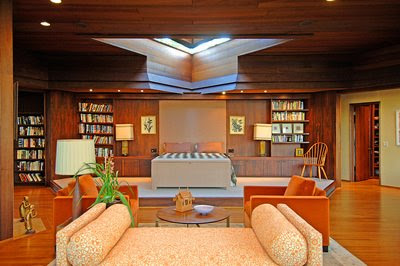 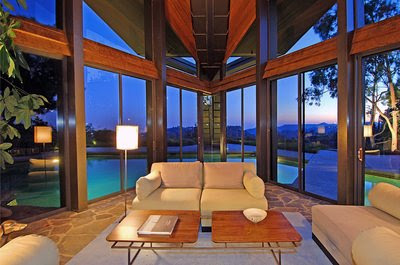 Built in 1971, the five-bedroom, 7,158-square-foot contemporary-style house at 15216 Antelo Place in Bel-Air was built by Chamberlain, who lived there until his death in 1999. TV writers George Meyer and Maria Semple purchased the house from Chamberlain’s estate in 2002 for nearly $3 million, and have owned it ever since. The house has attracted much attention over the years—both with a 2007 listing and in 2000-2002, when Chamberlain’s estate was trying to unload it, first for $7.45 million and later reducing its asking price to $4.38 million. The house’s unconventional (some might say tacky) features include a gold-lined hot tub, a retractable mirrored ceiling above the master bed, a swimming pool that flows into the living room, walls of glass, 40-foot ceilings, a wrap-around pool, and a balcony suspended over the living room, according to listing information. Other features include five and a half baths and teak finishes, according to listing information. 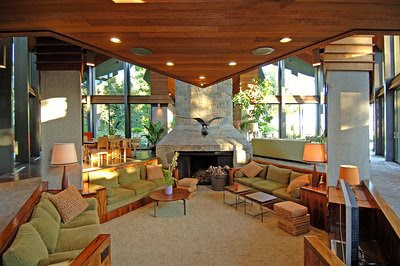 The house sits on a 2.58-acre parcel that has ocean and city views, according to public records and listing information. 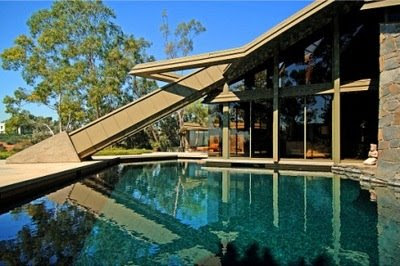 Credit to the following sites for this info:

Oh my god what a wonderful place, Is THE house, someday I will live in a place like that.