How 'Exile on Main St.' Killed the Rolling Stones 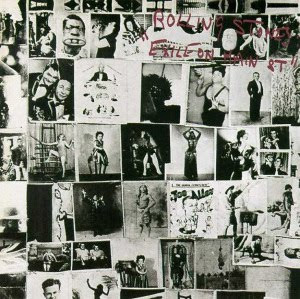 Jack Hamilton is a writer and student in Boston.
How 'Exile on Main St.' Killed the Rolling Stones
May 25 2010

"Rocks Off," the first track of the Rolling Stones's Exile On Main Street, opens with a scratchy Keith Richards Telecaster riff punctuated by a single Charlie Watts snare hit. Mick Jagger lasciviously intones an "oh yeah," pitched perfectly between earnestness and irony. This sequence lasts all of five seconds, but you'd be hard-pressed to find five seconds that better articulate the brilliance of the Rolling Stones, much in the way that Exile, the band's 1972 shambling sprawl of a double-album that has recently enjoyed a re-issue, perfectly captures a too-brief period during which Rolling Stones were finally and indisputably the Greatest Rock and Roll Band in the World.

Then it all ended nearly as soon as it began. Exile on Main Street may well be, as many claim, the finest album of the Stones's career, but it's also the sound of a slow implosion, of things falling apart, both the end of the Rolling Stones as the world had come to know them and the end of an era of rock and roll music as well. After Exile the band's dual appetite for drugs and infighting grew increasingly consumptive: 1973's Goat's Head Soup had moments of brilliance but also felt disjointed and fragmentary, while 1974's It's Only Rock 'n' Roll seemed half-baked and half-hearted. By the time the forgettable Black and Blue was released in 1976 the Stones were sounding more and more like hucksters, lazily plumbing fans' memories of former glories. It's an image they've never entirely managed to shake since, despite a career of unprecedented longevity. The lineup may have changed—Ron Wood replacing Mick Taylor in the mid-1970s, Darryl Jones supplanting Bill Wyman in the mid-1990s—but the chords remain the same, with returns dwindling artistically just as steadily as they increase financially, the line between song and shtick growing blurrier and blurrier.

None of this had been foretold in 1972, of course, when the Stones were capping off a startling run of creativity that began with the sonic riot of "Jumpin' Jack Flash" in 1968 and culminated in Exile on Main Street. The Damoclean sword under which the band made Exile has since assumed appropriately mythic proportions: recorded in a French villa that had once been a Gestapo headquarters, abetted by nightmarish amounts of drugs, the marathon recording sessions were infused with criminal depravity and an overall air of violence. Attending all this, albeit less spectacularly, was a world-weary exhaustion that had been encroaching upon the band since at least the mid-1960s. From the Redlands drug bust of 1967, through the departure and subsequent death of guitarist Brian Jones, through the murder of Meredith Hunter at Altamont in late 1969 and its renewed controversy via the Maysles' Gimme Shelter in 1970, the Stones had spent their period of creative windfall outrunning forces larger than themselves, and they'd run themselves ragged.

This exhaustion surely wasn't helped by dope, and by the recording of Exile it had grown oppressive and nearly unbearable. It was also the most compelling component of the music the Stones were making with an urgency that verged on a death wish. "The sunshine bores the daylights out of me," drawls Jagger in one of the most beautifully mordant and oft-quoted lines of "Rocks Off," and the snarl in his voice leaves little doubt that he means it. Only once we get past the cheeky pun of the sentiment do we realize the depths of its terror.

Exile found the Stones finally becoming that which they'd always wanted to be, that which they'd always worshipped: existential bluesmen crafting art-for-art's-sake out of nothing more than desperate necessity. For all of their country flirtations in this period the band was always, at its core, a group of rhythm and blues musicians. And during the recording of Exile on Main Street they became, for a small meaningful moment, the greatest R&B band in the world. If this sounds hyperbolic, listen to the uptown din of "All Down the Line," with its raucous out-chorus ("won't you be my little baby / for a while"--the Ronettes with a time limit) and soaring horn lines. Or the heart-stopping ferocity of "Happy," Keith Richards' autobiography distilled into three minutes. Or the glorious, lusty grandeur of "Tumbling Dice," simply the finest soul tune Jagger and Richards (or damn near anyone else) ever wrote and arguably Charlie Watts' finest hour.

It is here, as the apotheosis of the Stones' ambitions as purveyors of African-American music, that the greater significance of Exile on Main Street takes shape. The Stones' relationship to race is perhaps the most endlessly controversial topic surrounding the band, and to a certain degree this is understandable, as the love of black music that floods the Stones' records has often mingled uneasily with the band's racial politics, from the dubious taste of the slavery backdrop of "Brown Sugar" to the racist sexual boasting of "Some Girls" that drew a public rebuke from Jesse Jackson. Even "Sweet Black Angel," an otherwise beautiful paean to Angela Davis on Exile, contains an egregious reference to "ten little niggers / sitting on a wall," a word that no amount of name-checking Slim Harpo grants Jagger such casual access to.

Still, by 1972 the Stones were in an ever-increasing minority of white rock musicians that openly sought to integrate not simply African-American musical influences but flesh-and-blood African American music and musicians into their music. Despite rock and roll's famously interracial origins, and the deserved reputation of the 1960s as a decade of musical crossover—with labels like Motown and Stax and groups like the Beatles and Stones achieving previously unthinkable popularity among both white and black audiences—by the end of the decade popular music had once again become increasingly segregated.

Woodstock boasted a rhetoric of colorblind inclusion but only one act of the more than 30 that performed there—Sly and the Family Stone—had sustained success on the R&B charts. And whispers persist that the bucolic location was partially chosen to preclude the attendance of "urban" audiences. For all of their dubious appropriations of black style and racialized sex fantasies, the Stones' continued proximity to black performers—from Merry Clayton's vocal on "Gimme Shelter," to Ike and Tina Turner's opening slot on the 1969 tour, to the inclusion of Stevie Wonder on the 1972 (the only musician who, with the releases of Music of My Mind and Talking Book, ran creative circles around the Stones that year)—made them the last best hope of a dying interracialism in rock music.

Of course, you can argue that this proximity was little more than a cynical authentication device, a musical version of the "some of my best friends..." protest, and one might probably be at least partially correct. And yet Exile on Main St. reminds us that the ephemeral peculiarities of pop music and racial thinking are rarely so tidily reconciled, and that the messiness of this contradiction can be the source of tremendous power. From "Ventilator Blues" to "Rocks Off" to, good lord, "Tumbling Dice," at their finest the Stones were the bearers of a musical post-racialism that was both ahead of its time and increasingly behind it.

"There is at the heart of this music a deep strain of mysterious insurrection, and the music dies without it," Stanley Booth—the band's most brilliant chronicler—once wrote. If Exile on Main St. isn't the sound of the Rolling Stones dying, it is at least the sound of them going down in flames. But what a sound, and what flames. As Jagger sings on "Shine a Light," the gorgeous, gospel-infused love song that's Exile's penultimate track:

As epitaphs go, you could certainly do worse.
Posted by Robalini at Monday, May 31, 2010

Nice post friend,
In order to create proper roof ventilation that adequately rotates air in and out of the house it is important to get the level of intake and expulsion just right.
Thanks
Air Ventilator