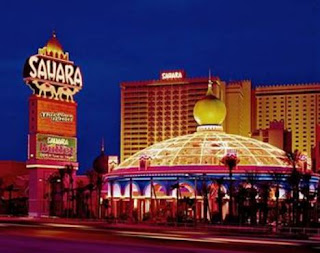 From the Daily Mail:

News that Las Vegas stalwart casino The Sahara is closing its doors will come as a nostalgic body blow for even the most emotionally bankrupt gambler in Sin City.

The hotel and casino, one of the first to offer a lounge act in the home of lounge acts - and frequented by a veritable Who's Who of hedonists - has announced that its time on The Strip is at an end.

The owners announced on Friday that one of the last postwar hotels still standing on the Las Vegas Strip will check its last guest out on May 16.

Sam Nazarian, chief executive of the SBE Entertainment Group that owns and operates The Sahara, left open the possibility of reopening the property at a later date and said he would help the Sahara's employees seek new jobs.

But most industry insiders say that the hotel has a date with the wrecking ball.

Mr Nazarian said: 'While no final decisions have been made at this point, the continued operation of the ageing Sahara was no longer economically viable.'

Nazarian's company acquired the Moroccan-themed Sahara in 2007 for a reported $300 million, but the hotel has a history dating to 1952.

If the hotel and its 1,720 rooms are razed, as often happens with shuttered Strip properties, only the Flamingo and the Riviera remain from that era, said Las Vegas-based historian Michael Green. 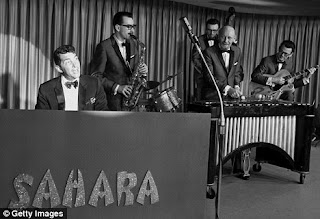 The hotel's guests and performers over the years included Johnny Carson, Hollywood's 'Rat Pack', comedian Don Rickles and The Beatles. 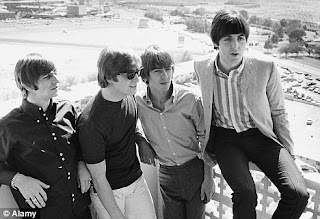 It also made a cameo appearance in the original version of Ocean's Eleven in 1960... 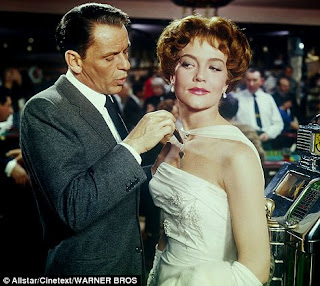 End of an era for Sin City as The Sahara, grand old lady of the strip and home to the Rat Pack, is to close
17th May 2011
http://www.dailymail.co.uk/news/article-1365524/End-era-Sin-City-The-Sahara-grand-old-lady-The-Strip-announces-closing-time.html
Posted by Robalini at Tuesday, May 31, 2011