'Family Guy' creator to give modern spin to 'Flintstones' 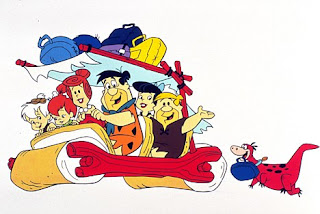 MacFarlane will give a 21st century spin to the classic 1960s animated comedy series about the lives of Fred Flintstone, his wife Wilma, and their neighbors Barney and Betty Rubble.

"The very first cartoon character I drew at age two was Fred Flintstone," MacFarlane said in a statement.

"So it's appropriate that events have come full circle, allowing me to produce the newest incarnation of this great franchise. Plus, I think America is finally ready for an animated sitcom about a fat, stupid guy with a wife who's too good for him," he added.

The new animated series will feature MacFarlane's modern-day take on the lives of the Flintstones and the Rubbles, two hard-working middle-class families living with contemporary conveniences in the dinosaur-era town of Bedrock.

"Fox has long been home to iconic families like the Simpsons and the Griffins, so I have no doubt that the Flintstones and the Rubbles are going to fit right in on our air," Reilly said.

Fox said production would start in the fall of 2011 and would likely air some time in 2013. "The Flintstones" will be a joint production between 20th Century Fox Television and Warners Bros. Television, the owners of the Hanna-Barbera collection of animated titles.

"The Flintstones" first appeared on U.S. television in the 1960s and have inspired numerous television specials, three Hollywood movies and videogames.
Posted by Robalini at Saturday, May 28, 2011

Email ThisBlogThis!Share to TwitterShare to FacebookShare to Pinterest
Labels: Family Guy, The Flinstones