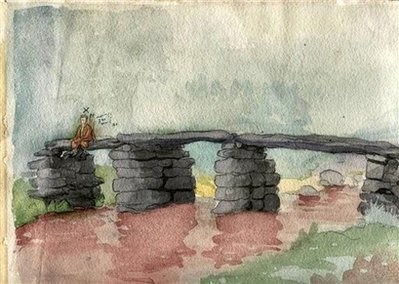 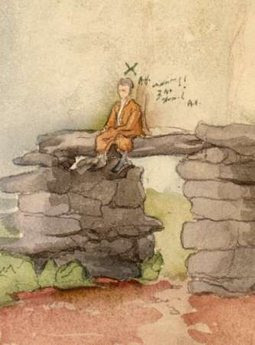 LUDLOW, England – What a British auction house claims are a set of paintings and sketches by a young Adolf Hitler sold at auction Thursday for 97,672 pounds ($143,358).

Among the 15 pictures is a portrait of solitary figure dressed in brown peering into wine-colored waters. The date is 1910, the signature reads "A. Hitler" and scribbled just over the mysterious figure are the letters: "A.H."

So is this a portrait of the Fuehrer as a young man?

"I don't think they're fakes," said Richard Westwood-Brookes, historical documents expert at auction house Mullocks that carried out the sale. He said he did not believe anyone would have the nerve to fake the pictures, given the global publicity they have received.

Westwood-Brookes said the paintings were sold to the current vendor, who is not identified, by a soldier serving with Britain's Royal Manchester Regiment in 1945, when it was stationed in the German city of Essen.

Best known as the genocidal dictator who butchered millions in his quest to unite Europe under German rule, Hitler also had a largely unsuccessful career as an artist in his early years. He is believed to have painted hundreds of pieces, although most art critics have been unmoved.

Westwood-Brookes acknowledged that the pieces were "hardly Picasso," but — concerns over authenticity aside — Hitler's works had a track record of attracting high bids. In 2006 watercolors and sketches attributed to the Nazi leader raised more than 100,000 pounds at an auction in the small town of Lostwithiel in southwestern England. Another batch of purported Hitler paintings is due to come up for auction in the German city of Nuremberg later this month.

Even if it were proven genuine beyond a doubt, the Hitler watercolor would not be the first self-portrait of the Nazi dictator discovered.

In 1987 the late historian Werner Maser said he had unearthed an oil portrait of Hitler executed in 1925. Maser, who wrote several Hitler biographies, told the AP at the time that the painting showed Hitler in traditional Bavarian dress with short trousers and long white socks.
___
Associated Press Writer Raphael G. Satter in London contributed to this report. 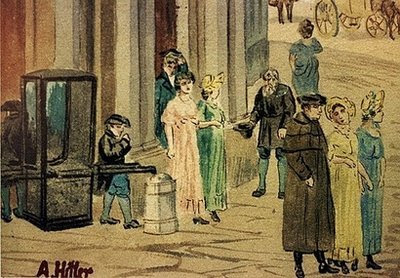