Obama's Afghan Plan Could be His 'Fatal Mistake' 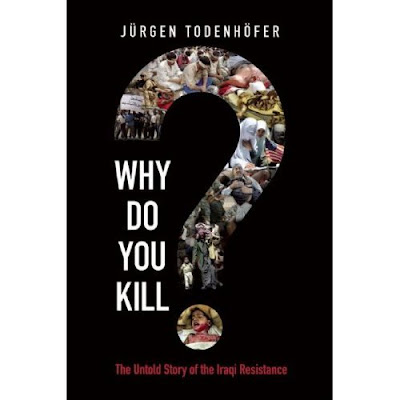 Obama's Afghan Plan Could be His 'Fatal Mistake'

NEW YORK (APRIL 9) — In his first major speech in the U.S. since visiting Iraq multiple times as an unembedded observer, former German parliamentarian and Islamic expert Dr. Jürgen Todenhöfer said the Obama administration is on the verge of making a "fatal mistake" in Afghanistan.

"Should Barrack Obama believe that he can win the fight against global terrorism by defeating Al Qaida copycats and the Taliban in Afghanistan and Pakistan, he would commit a fatal mistake," argued Todenhöfer.

"I hope President Barack Obama won't repeat the terrible mistakes of George W. Bush. Terrorism arises from injustice. Thus it can only be overcome by justice and not by unjust wars," he added. As such, he urges a just and fair peace in Afghanistan and Iraq.

The Western media is still glossing over the difficulties being faced by Iraqis. War is not truly over for its citizens.

His frequent visits to Iraq have convinced Todenhöfer that former President George W. Bush should face war crime charges before an international court. Now entering its seventh year, for the average Iraqi, there is less security than before the war, less jobs, less electricity, less potable water and less medical care.

Todenhöfer believes one way to help Western leaders create new policies: Make them serve on the frontlines in this "war" — starting with the frontlines of Afghanistan.

Politicians who claim that this is the price for freedom and that it was worth paying, have neither a heart nor any common sense — and they would never be willing to pay this price themselves, argued Todenhöfer.

"All Western politicians who vote in favor of wars are sent to the frontlines for at least one month. This would mean European politicians sent on reconnaissance missions to Kabul and U.S. politicians on patrols to Bagdad, Mossul and to the mountains of the Hindukush," said Todenhöfer.

Ordering them to visit the frontlines would force them to "look once into the eyes of the people about whose lives they decide so patriotically and pathetically," Todenhöfer argues, "so that they know, what they do. So that they understand that their horizon is not the end of the world."

ABOUT THE AUTHOR: Dr. Jürgen Todenhöfer

Dr. Jürgen Todenhöfer has been an executive at a major European media group for more than 20 years. Before that he was a member of the German parliament for 18 years and spokesman for the CDU/CSU on development aid and arms control. He has written two bestsellers about the wars in Afghanistan and Iraq, and has traveled extensively in Afghanistan, Pakistan, Iraq, and Palestine and is considered an international expert on the tensions between the Muslim world and the West. The author will donate all royalties from sales of this book to finance medical aid for Iraqi refugee children and an Israeli-Palestinian reconciliation project in the Middle East.

ABOUT THE BOOK: Why Do You Kill?

Hello
cheap celexa
Generally, the patients start taking a 20 mg of dose in the morning or evening.
[url=http://www.bestofdefleppard.com/]celexa cost[/url]
In July 1998, the FDA approved this drug.
http://www.bestofdefleppard.com/ - celexa pharmacy
These chemicals are produced and released by nerves in brain and they can be considered as a communication track of the brain.