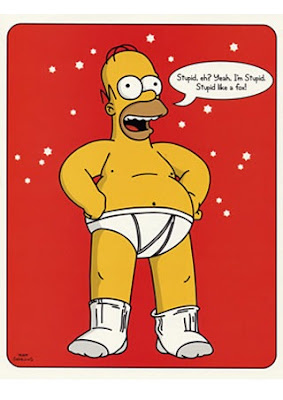 WASHINGTON — “Woo-Hoo!” At 8 a.m. ET today, the Postal Service™ revealed what The Simpsons stamps will look like when they are released nationwide on May 7. Americans are being encouraged to vote for their favorite Simpsons character when viewing the images.

Voting takes place at www.usps.com/simpsons beginning April 9 at 8 a.m. ET and concludes May 14. Results will be announced shortly thereafter.

The 44-cent First-Class Mail® stamps, available in booklets of 20 and stamped postal cards in packs of 20, can be pre-ordered online and will be mailed to customers on May 7. To see all Simpsons related products, visit this link: www.usps.com/simpsons

Visitors to the site over 18 years of age have the opportunity to register for a sweepstakes to be one of 25 winners of a limited-edition Simpsons poster to be signed by Simpsons creator and executive producer Matt Groening. Winners will be notified the week of May 18 - 22, 2009.

The Simpsons, currently in its 20th year as a regularly scheduled half-hour series, is the longest-running comedy in television history. The show is a cultural phenomenon, recognizable throughout the world.

“We are excited to celebrate The Simpsons on postage stamps,” said U.S. Postal Service Executive Director of Stamp Services David Failor. “Eyebrow-raising to say the least, this witty, well-written pop icon continues to irreverently satire its parody of a middle-class family as it lampoons American culture. The Simpsons stamps, which includes known philatelists Bart Simpson, will serve as a great opportunity to interest youngsters into stamp collecting.”

“This is the biggest and most adhesive honor The Simpsons has ever received,” said Matt Groening, creator and executive producer of The Simpsons.

“We are emotionally moved by the Postal Service selecting us rather than making the lazy choice of someone who has benefited society,” said James L. Brooks, executive producer of The Simpsons.

The U.S. Postal Service receives approximately 50,000 suggestions for stamp subjects each year, yet only about 20 topics are selected for postage. The Simpsons is the only television show to be featured as the sole subject of a stamp set while still in primetime production.

The Simpsons creator and executive producer, Matt Groening, who created the original artwork for the stamps, is scheduled to participate in the dedication ceremony, along with executive producer James L. Brooks and several of the actors, at Fox Studios in Los Angeles at 11:15 a.m. PT on Thursday, May 7.

A limited number of seats are available to the public on a first-call, first-reserved basis. Those interested in attending can call 1-866-268-3243 beginning Friday, April 10 between noon and 5 p.m. ET, and 9 a.m. to 5 p.m. ET Monday through Friday thereafter. Due to the expected demand, only one reservation will be accepted per requester per call. When calling, speak slowly and spell your name. Be sure to leave a phone number to receive a callback confirmation. There is a fee for parking. Calls made prior to noon ET on April 10 will not be accepted. Individuals attending the event are asked to provide a driver’s license or another form of government photo identification.

How does the Postal Service sort through 50,000 stamp subject suggestions annually to reach a final cut of approximately 20 topics selected for circulation? To help in this selection process, the Postmaster General established the Citizens’ Stamp Advisory Committee 50 years ago. Members are appointed to the Committee by the Postmaster General. They reflect a wide range of educational, artistic, historical and professional expertise. For additional information, visit this link:
http://www.usps.com/communications/organization/csac.htm
# # #
Please Note: For broadcast quality video and audio, photo stills and other media resources, visit the USPS Newsroom at www.usps.com/news.

An independent federal agency, the U.S. Postal Service is the only delivery service that reaches every address in the nation, 149 million residences, businesses and Post Office Boxes, six days a week. It has 34,000 retail locations and relies on the sale of postage, products and services, not tax dollars, to pay for operating expenses. Named the Most Trusted Government Agency five consecutive years by the Ponemon Institute, the Postal Service has annual revenue of $75 billion and delivers nearly half the world’s mail.

The Simpsons, which airs Sundays (8:00-8:30 PM ET/PT), is the longest running primetime sitcom in television history. The Simpsons exploded into a cultural phenomenon in 1990 and has remained one of the most groundbreaking and innovative entertainment franchises, recognizable throughout the world. Cartoonist Matt Groening created the infamous Simpson family: Homer, Marge, Bart, Lisa and Maggie Simpson — all now identifiable by their silhouettes alone.