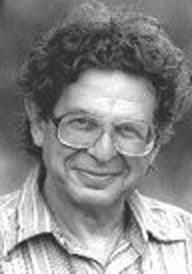 LEARN HOW TO STAY HEALTHY & HAPPY FOR 200 YRS OR MORE WITH THIS $30 BOOK & THE FREE BLOG AT www.artkunkin.com

(Revised July 7, 2009) This book is about a simple ancient scientific discovery previously kept very, very secret but now being used by myself and some of my friends with the intention of living longer and happier. And it doesn't cost a lot! It's for the young, for the sick, and for seniors too! IT CAN BE FOR YOU if you are open-minded and courageous enough to seek victory over death.

But even if you are not sure you want to live this long or are not convinced that I have really made this discovery, I suggest you KEEP YOUR OPTIONS OPEN by reading this important book as soon as possible. This claim may sound unbelievable but it is NOT a hoax! I have been researching in my private laboratory since 1980 learning how to stop my own aging. I now believe I have succeeded.

After 25 years of research I finally know how to make the Philosopher's Stone and have started to personally use it to regenerate my now 80 year-old body.

This book will allow you to replicate my results in a matter of days with a total expenditure of no more than $100 to $200. (I will also give you my thoughts about creating a Stone to transmute metals.)

Only the registered owner who has paid for a copy will receive the updates I plan as we continue research. This book is copyrighted so please be aware of my legal rights and conscious of the effort and time required to produce this work.

Since I don't want to wait another year or two to write and publish the "perfect" book, my plan is to publish the practical instructions right now in the book I am offering you. Then I will use this amazing internet of ours to expand the research and philosophical and history sections for you bit by bit over a period of time. Therefore, do sign up for my mailing list by using the form on the upper right of this page. (This list will not be sold to any other persons).

I have cracked the code of the Philosopher's Stone. I do not want to have this kept a secret any longer. I am not obligated to anyone or any organization to continue to keep this a secret. I know there will be social and economic problems if people live longer than they do now but we will find solutions. When people live longer we may be able to construct a more mature, non-violent society and elect representatives to government who are not immature and egotistical children.

My email address is artkunkin@gmail.com. Please feel free to ask me any questions about alchemy and this manual. Thank you.

P.S.I recommend that whatever you think about this book, do keep it handy. Then, if you do modify your mind about its value when you are facing the grim fact of your own mortality, you will have this precious information immediately available.

INTRODUCTION: The first part of this book is a brief manual providing simple procedures you can use in your own kitchen to make, test and use the legendary Philosopher's Stone that is said to extend human life far beyond 120 years.

Chapters at the end of the book provide additional material on biological and metallic transmutations as well as inner alchemy. These chapters are in the process of being developed and updated. These updates will be provided to all purchasers of this book through a free newsletter and other means.

SECTION ONE: The Manual For Making A Simple Herbal Stone To Extend Your Life

CHAPTER 1: WHAT IS ALCHEMY?

CHAPTER 2: WHY 99.999% OF ALL ALCHEMISTS THROUGHOUT HISTORY HAVE FAILED TO MAKE THE STONE. How I made medicines and potions for 25 years but was still far from being a real alchemist.

CHAPTER 3: A SECRET FIRE IS NEEDED TO MAKE THE STONE. HOW REAL ALCHEMY COULD BE CONCEALED FOR THOUSANDS OF YEARS. An unexpected email from a generous stranger gives me the last clue I needed to finally make the Stone after 25 years of research in the laboratory.

CHAPTER 4: HOW THE SECRET FIRE CAN SLOW OR STOP THE AGING PROCESS.

CHAPTER 5: HOW TO EASILY FIND THE SECRET FIRE WHEREVER YOU LIVE.

CHAPTER 6: BUILDING YOUR KITCHEN LABORATORY WITH VERY LITTLE MONEY, VERY LITTLE EXPERIENCE AND VERY LITTLE TIME You don't need to be a chemist or a rocket scientist to make the Philosopher's Stone for Life Extension. The material and equipment you will need to make the Stone in your kitchen is very inexpensive, probably less than $200. Even if you think you are financially broke, you could certainly put together this tiny amount of money to realize the vitally important goal of life extension!

CHAPTER 8: THE HERBAL STONE DESCRIBED IN THIS BOOK IS WONDERFUL BUT OTHER "RECIPES" DESCRIBED IN ANCIENT LITERATURE MAY BE EVEN MORE EFFICIENT FOR ACHIEVING LIFE EXTENSION.

CHAPTER 9: FINDING FRIENDS TO HELP YOU MAKE THE STONE. Anyone from a student to a Senior can make the Stone described in this book to slow or stop aging but we tell you how to find help if needed.

CHAPTER 10: TRANSMUTATIONS THE AUTHOR HAS DONE IN HIS KITCHEN LABORATORY

CHAPTER 11: THE U.S. ARMY VERIFIES THAT BIOLOGICAL TRANSMUTATIONS ARE POSSIBLE

SECTION THREE: Meditations and Yogas To Turn Yourself Into Gold.

CHAPTER 13: THE TIBETAN BOOK OF THE DEAD AND THE HIGHEST YOGA TANTRA IN RELATION TO LIFE EXTENSION

CHAPTER 14: THE BUDDHIST ABHIDHAMMA IN RELATION TO LIFE EXTENSION:

CHAPTER 15: THE SEXUAL YOGAS OF THE EAST IN RELATION TO LIFE EXTENSION (Hindu Kundalini and The Hebrew Kabbala

CHAPTER 17: THE ORIGINS OF ALCHEMY

CHAPTER 19: TEMPLARS, FREEMASONS AND ROSICRUCIANS IN RELATION TO LIFE EXTENSION

SECTION FIVE: Why Life Extension And Telepathy Are Next Steps In Human Evolution.

CHAPTER 22: FROM GILGAMESH TO POST-FREUDIAN PSYCHOLOGY

CHAPTER 23: THE COMPTE DE ST.GERMAIN: THE STORY OF AN IMMORTAL

CHAPTER 24: HOW LIFE EXTENSION AND GREATER SENSITIVITY TO OTHERS (TELEPATHY) WILL CHANGE AND IMPROVE THE WORLD

RESOURCES: AN APPENDIX OF DOCUMENTS

An excerpt about Art Kunkin from the Time/Life Book "Secrets Of The Alchemists"
Submitted by Art Kunkin on Thu, 2006-08-31

"Secrets of the Alchemists," by the editors of Time-Life Books, 1990. (This book is available in most public libraries. I recommend this book to you). The following excerpt is from pages 133, 134 and 135 of this book. Art

"One of America's most renowned twentieth- century alchemists, Albert Riedel, was born in Dresden, Germany in 1911. Riedel came to the United States when he was seventeen and lived in California for many years before founding the Paracelsus Research Society (PRS)in Salt Lake City under a new name he selected for himself, Frater Albertus.

"Albertus was reportedly a harsh taskmaster. As one follower said, 'His method was true to the code of alchemy: to not give anything away on a platter, but to make you work for it. To sweat for it.' He taught his students to employ their alchemy primarily on plants, applying the theory of Basil Valentine and other antecedents that all matter was composed of sulfur (representing the soul), mercury (the spirit) and salt (the body, or 'vehicle of transformation').

"In Frater Albertus's laboratories, disciples practiced a "three-fold process of separation" on herbs and succulents extracting the "soul" and "spirit" and burning the leftovers to purify the "body." These three "essentials" were reconstituted into a substance called plant stone, which, according to a complex correspondence between the original plant and specific parts of the body, served as a powerful medicine. Tincture of rosemary, for example, was said to be good for the heart.

"The Paracelsus Society enjoyed its heyday in the 1960s and 1970s when it offered seminars to hundreds of enthusiasts and published a quarterly called Parachemy. Art Kunkin, who had founded the Los Angeles Free Press in the 1960s visited Albertus in 1980. Afterward he attempted some alchemical experiments on his own and claimed that by placing manganese in a petri dish with some bacteria, he successfuly transmuted it into iron. Moreover, he said that research into respected academic journals revealed to him that a U.S. Army unit in Virginia had successfuly performed the same experiment. (The Army was supposedly interested in capturing the energy produced by transmutation to power longer-lasting batteries).

"Kunkin was so impressed that he decided to pack up and move to Salt Lake City permanently, when he received a phone call from some students at the society warning that Frater Albertus was not a genuine adept. Far from being a spiritual master, said these disillusioned devotees, Albertus was a fraud and 'the Devil.' But Kunkin was determined to learn alchemy; he replied that if Albertus was the devil then he would 'go to study with the Devil.'

"Although he found no Satan, Kunkin learned the hard way that Frater Albertus was stingy with his knowledge. 'Frater's nature was to teach up to a certain point,' recalled Kunkin, 'then he would freeze up and nothing more would be forthcoming.' Albertus's secrecy and egotism eventually drove Kunkin back to California. The Paracelsus Society appears to have perished with the death of Frater Albertus in 1984, although some of his followers went on to other alchemical pursuits...."


(A CORRECTIVE NOTE ADDED HERE BY ART KUNKIN TO THIS EXCERPT FROM THE TIME-LIFE BOOK) I am obviously one of those students of Albertus who continued research into alchemy and, twenty-some years later after leaving PRS, was fortunate enough to make the very important discoveries I write about in my book. I am very, very grateful to Frater Albertus for starting me on this path.

In my "Alchemy Secrets of Life Extension" book I say far more about the alchemical course of studies at the Paracelsus Research Society (PRS) and Albertus than given above. For now I only want to make one major correction to the Time/Life excerpt above.

The basic course of studies at PRS involved seven years of classes plus some additional advanced classes. A student would come to Salt Lake City for a two week class and then be given enough "homework" to last until he or she would return for the next class. (Albertus also taught classes in Australia and Europe almost every year). However, the Time/Life excerpt is incorrect in stating that the classes taught by Albertus and his assistants were primarily devoted to the herbal work with plants. Only the first "Prima Class" was mostly devoted to preparing tinctures from plants.

As I relate in my book, the succeeding classes were also devoted to working with minerals and metals such as antimony and lead plus subjects such as astrology, kabbalah, iridology, the oil of egg, etc. Therefore, the Time/Life book is entirely in error in stating that PRS and Albertus only focused on the herbal work, the Small Work of alchemy.

Not so incidentally, I completed all the seven years of classes and the additional advanced studies in the four years that I lived in Salt Lake City. I was privileged to complete the curriculum so rapidly because these were years in which I also edited the international journal of the society, Esentia, and thus had an office next door to that of Albertus. As editor of the magazine I was also fortunate to be in touch with the work being done by alchemical students in many countries.

I want to conclude this note by saying again that I am very, very grateful and indebted to Albertus (and his students) for teaching me the abc's of alchemy and permitting me access to his priceless collection of alchemical books. Now, through my book and my own classes and lectures, I intend to freely share this heritage with the world.