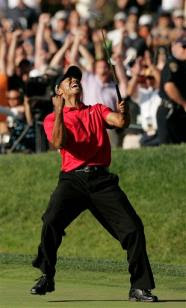 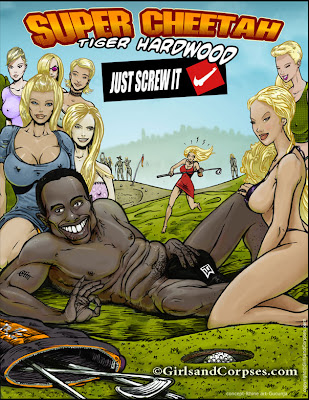 Even after a shocking sex scandal that tarnished Tiger Woods, it was tough to ignore what he achieved on the golf course.

He won 64 times around the world, including 12 majors, and hoisted a trophy on every continent golf is played. He lost only one time with the lead going into the final round. His 56 PGA Tour victories in one incomparable decade were more than anyone except four of golf's greatest players won in their careers.

Woods was selected Wednesday as the Athlete of the Decade by members of The Associated Press in a vote that was more about 10 years of performance than nearly three weeks of salacious headlines.

Just like so many of his victories, it wasn't much of a contest.

Woods received 56 of the 142 votes cast by AP member editors since last month. More than half of the ballots were returned after the Nov. 27 car accident outside his Florida home that set off sensational tales of infidelity.

Lance Armstrong, a cancer survivor who won the Tour de France six times this decade, finished second with 33 votes. He was followed by Roger Federer, who won more Grand Slam singles titles than any other man, with 25 votes.

Woods, who has not been seen since the accident and has issued only three statements on his Web site, was not made available to comment about the award.

Few other athletes have changed their sport quite like Woods. His influence has been so powerful that TV ratings spiked whenever he played, even more when he has been in contention. Prize money has quadrupled since he joined the PGA Tour because of his broad appeal.

A new image emerged quickly in the days following his middle-of-the-night accident, when he ran his SUV over a fire hydrant and into a tree. He became the butt of late-night TV jokes, eventually confessed that he "let my family down" with "transgressions" and lost a major sponsorship from Accenture.

Even so, AP members found his work on the golf course over the last 10 years without much of a blemish. Woods took an early lead in balloting, and continued to receive roughly the same percentage of votes throughout the process.

"Despite the tsunami of negative publicity that will likely tarnish his image, there's no denying that Woods' on-the-course accomplishments set a new standard of dominance within his sport while making golf more accessible to the masses," wrote Stu Whitney, sports editor of the Sioux Falls (S.D.) Argus Leader.

"The only proof needed are the television ratings when Tiger plays in a golf tournament, compared to those events when others have to carry the load."

Woods tumbled from the pinnacle of his sport in just about three weeks. The 10 years that preceded that fall, however, represented perhaps the greatest decade in golf history.

He won the career Grand Slam three times over, including one U.S. Open by a record 15 shots at Pebble Beach and another U.S. Open on a mangled leg in a playoff at Torrey Pines. He twice won the British Open at St. Andrews, the home of golf, by a combined 13 shots.

Woods won 56 times on the PGA Tour this decade, a rate of 30 percent that is unprecedented in golf. Nine of those victories were by at least eight shots. He was No. 1 in the world ranking for all but 32 weeks in the decade, that when he was revamping his swing.

He did his best work in the biggest events.

Along with his 12 majors this decade — he has 14 overall, four short of the record held by Jack Nicklaus — Woods was runner-up in six other majors. He won 14 times out of 27 appearances in the World Golf Championships.

It will be great to watch US Open Golf Championship - Second Round, i have bought tickets from
http://ticketfront.com/event/US_Open_Golf_Championship_Second_Round-tickets looking forward to it.