Did A UFO Shoot JFK With A Mannlicher-Carcano 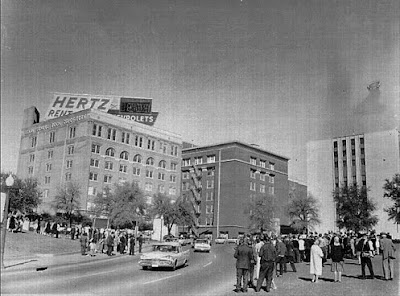 Did A UFO Shoot JFK With A Mannlicher-Carcano From The Sixth-Story Window Of The Mothership ?
Adam Gorightly
December 1, 2009

Above is the photo an alleged UFO that recently resurfaced, hovering over Dealey Plaza just before Kennedy got his cranium catapulated into the void. Apparently, Richard C. Hoagland brought this to the attention of Coast To Coast listeners the other night. Which might explain what I heard a couple weeks ago when the Hoagster made the claim that he had new information which would reveal JFK’s assassins! And if this is the stunning new revelation he was referring to, then I guess we can assume that Kennedy’s assailants were the Mind Gobblers from Alpha Romeo. Or the Tax Consultants from Mars. Or something to that effect.
Posted by Robalini at Friday, December 04, 2009