Harry and Louise are coming back to TV 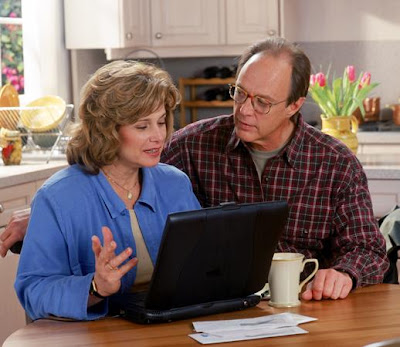 Robalini's Note: That Harry & Louise are being used to push Obama's "health care" plan should scream that the plan is a bogus one. Unlike 1993, when the healthcare industry bashed the Clinton plan (which actually did promise universal care) the pharmaceutical industry sees this for what it is: a huge subsidy for big health without any promise of actual universal health coverage, no control on the money going to the health industry and little if any benefit to the people hurt by our current health system. In essence, the plan is a co-opting of people's anger at the current system (former right-wing congressman Billy Tauzin even uses Obama's mantra of "change") and promising an illusion of reform, a promise that will soon be quickly betrayed. Which, come to think of it, sums up the entire Obama agenda...

Jul 16, 2009
Harry and Louise are coming back to TV - for health care
Catalina Camia

Harry and Louise are back -- and they're switching sides.

The middle-class couple featured on TV ads that helped defeat President Bill Clinton's health care overhaul effort in 1993 will be starring in new commercials this weekend. Only this time, the couple will be going to bat for President Obama's version of a health-care fix.

The new ads are sponsored by the pharmaceutical industry and Families USA, a health care advocacy group. The multimillion-dollar campaign will run for at least three weeks, the groups say, and appear nationally on cable and network TV.

"The participation of Harry and Louise in this ad campaign clearly symbolizes how different the health reform debate is this year compared to the past," said Ron Pollack, Executive Director of Families USA.

In the previous ads, Harry and Louise complained about health care costs and the complex nature of the Clinton plan.

Billy Tauzin, a former Republican congressman who heads the Pharmaceutical Research and Manufacturers Association of America (known as PhRMA), says "this is a historic opportunity for change."

Five committees in Congress are working on legislation sought by President Obama, aimed at reducing health-care costs and getting more people health care coverage. The Senate health committee passed its version of a bill on Wednesday. Two House committees are starting work today on that chamber's bill, which includes a tax on upper-income people to help pay for it.
Posted by Robalini at Saturday, July 25, 2009