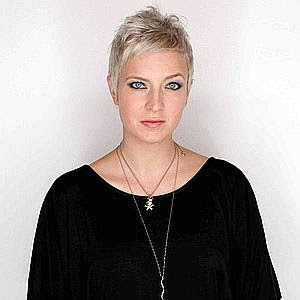 SHE burst onto the scene two years ago as an R-rated Cinderella story: Ex-stripper from Minnesota sells her first screenplay, “Juno,” which becomes the indie darling of the year and wins her both an Oscar and a reputation as the sharpest dialogue writer in Hollywood.

But Diablo Cody (real name Brook Busey) didn’t use the award — as many first-timers have — as a springboard to immediate overexposure. She’s maintained a fairly low profile, picking and choosing her projects judiciously: writing Showtime’s “United States of Tara,” now filming a second season; penning a pop-culture column for EW; and making a much-cherished cameo on “90210.”

Sporting a new platinum pixie, Cody’s back with her first feature since “Juno.”

“Jennifer’s Body,” both written and executive produced by Cody, deals with a subject in which she’s more well-versed than either teen pregnancy or the pole: high school demon spawn.

If you’ve ever been a teenage girl, you’ll probably know whereof she speaks.

How to spot the succubus from hell? She’s the glamorous friend with a near-supernatural hold on boys. She says she’s your BFF, then cuts you down with one perfectly timed insult. She scares the crap out of you, but you don’t want to get on her bad side: She knows how to eviscerate you, and if you cross her, she just might.

In “Jennifer’s Body,” Cody has gone substantially darker than her last movie, in which a clever-beyond-her-years teen gets knocked up, gives the baby to a really nice lady, and everything works out swell.

This time, the heroine is a possessed cheerleader (Megan Fox) — bitchy even before she’s kidnapped by a Satan-worshipping indie band — who’s putting a serious dent in the local boy population and, like, totally hurting the feelings of her best friend (Amanda Seyfried) in the process.

Cody, a straight talker, is not sure how “Jennifer” will go over.

“Neither the protagonist or the villain is socially sympathetic,” she says. “It’s not as upbeat or uplifting as ‘Juno.’ I think it’s definitely riskier. I hope people appreciate it.”

But even if “Jennifer” is a flop, Cody is in a rather unassailable position. She’s the first screenwriter in ages to have actually become a household name. (How many others can you think of?) She’s brought a touch of leopard-printy glamour to a profession that consists mostly of sitting in front of a laptop in sweatpants. And with multiple projects in production or development, she’s not going away anytime soon.

Cody’s looking a little more Hollywood insider these days, but her love of all things teen remains intact; she cites John Hughes as her patron saint of teen-film “emotional truth.”

"Jennifer's Body," while billing itself as a horror movie, inhabits terrain more similar to "Buffy the Vampire Slayer" than actual slasher movies -- monsters and bloodshed are obvious metaphors for intangible adolescent terrors.

Cody especially steered away from the tropes of the horror genre when it came to the beast with two backs. "It was important to me that the good girl in the film have a sex scene that didn't necessarily culminate in her being murdered," she says.

"Jennifer" is shot through with smart-alecky lines that will feel familiar to anyone who's seen "Juno" ("It smells like Thai food in here. Have you two been f - - - ing?"), but Cody says she doesn't want to become irreversibly linked with that kind of dialogue tic.

"I don't know how much more I'm going to do that," she says. "I like the way it worked in this, but I think you can only make the sassy lingo go so far."