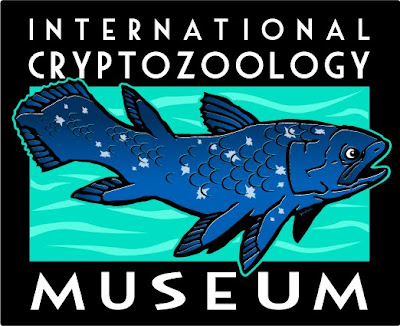 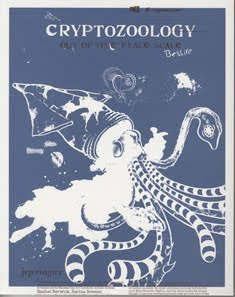 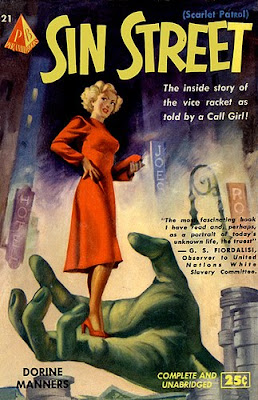 This is big news!

It’s taken six years, but as of November 1, 2009, the International Cryptozoology Museum will publicly open in a permanent space in downtown Portland, Maine.

The three year lease is signed, the fund-raising can begin in earnest, your help is needed, museum patrons will be given teeshirts/footcasts, and the doors are happily being flung open to a new dawn for the world’s only fully public cryptozoology museum. The times were often difficult, but the museum survives. The morrow is incredible and exciting!

After first being established in August 2003 via my modest home-based cabinet-of-curiosities in the Libbytown section of the Pine Tree State’s largest city, the International Cryptozoology Museum will have its grand public opening right after Halloween 2009, in downtown Portland, Maine.

The museum has found a public home at 661 Congress Street, just down the street from the world-famous Portland Museum of Art and the State Theater, next to a local landmark, Joe’s Smoke Shop.
After years of planning, I am excited and energized by this remarkable move to a fully publicly venue, complete with regular hours, sharing space with the new downtown Green Hand Books, owned by Michelle Souliere, anomalist and editor of the Strange Maine Newsletter. (The “green hand” relates to the phantom appendage appearing on classic pulp novels.) 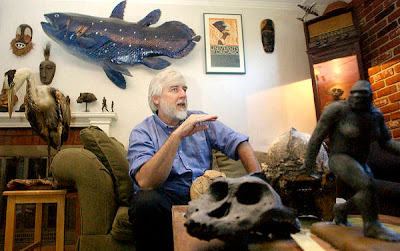 Cryptozoology, the study of hidden animals, has been conceptualized since the 1940s, but the last few years have seen Bigfoot museums and cryptid exhibitions developed in a more organized fashion.

One great stimulation to the current evolution resulting in this public opening of the International Cryptozoology Museum occurred thanks to the exhibition, “Cryptozoology: Out of Time Place Scale,” at the Bates College Museum of Art in 2006. Co-curated by museum director Mark H.C. Bessire and Kansas City Art Institute’s H&R Block Artspace director Raechell Smith, the genesis of that exhibition began in my front room.

Bates’ unique art show, with a nonfiction gallery room labeled “the future International Cryptozoology Museum,” started with discussions between myself, Bessire, then-Portland painter Sean Foley, international installation artist Mark Dion and international natural history painter Alexis Rockman. Foley, who first discovered he lived around the corner from my home but now lives in Ohio, and Bessire, the new director of the Portland Museum of Art, are godfathers, indeed, of this present move.

The centerpiece of the collection is the once elusive eight feet tall, 400-pound “Crookston Bigfoot,” created by Wisconsin artist Curtis Christensen, which was permanently added to the collection of the International Cryptozoology Museum in 2004.

The mission of the museum is to share the many items I have collected during the last half a century, with tourists, teachers, researchers, scholars, colleagues, students, documentary filmmakers, news people and the general public. I opened the International Cryptozoology Museum in a house I bought in Portland, Maine, under the spotlight of the media (ABC News visited the first week) and with a beginning trickle of invited visitors. Soon, Boing Boing TV, MonsterQuest, Lost Tapes, Weird Travels, and many more documentary film crews would come by.

The International Cryptozoology Museum in Portland, Maine, also includes exhibits on the discoveries of “living fossils,” the successful cryptozoological stories. One of the most famous, of course, is the coelacanth. Many thanks to an anonymous individual who donated the six-foot-long fiberglass mount of a coelacanth, modeled from an actual specimen by Fantastic Fish Mounts of Florida.

And generous special thanks to the museum’s first five docents ~ Jeff, Jessica, Rob, Caleb and Malcolm.

“By Appointment Only” No Longer

The jump has been made from the regular emails asking for private showings of my home-based collection to the public grand opening of the International Cryptozoology Museum, timed to Halloween 2009!

I am extremely proud to announce the formal unveiling of the public museum in tourist- and education-friendly Portland, Maine, housing five decades of cryptozoological pieces, with regular hours (11 am - 7 pm Tuesdays - Saturdays, Noon - 5 pm Sundays). The price of admission to view the gallery cryptozoology museum space, for all ages, will be $5.00, plus any other donations you might wish to leave.

One newsperson wrote in 2003: “The risky venture cost Coleman half of his retirement fund, but he expects it to pay off through the sharing of information.” (As it turns out, most of my small professor retirement fund is now gone, used to keep the museum alive to this point.)

So, now the serious business begins, with rents and electricity to pay, costs of moving the exhibition downtown, and much more to deal with, of course. Your assistance has never been more important. If you can donate, please do, below.

The museum grew and support from you, its fans and Cryptomundo readers, was ongoing. Thank you. Finally I am happy to say, the museum survives and will soon be regularly open to the public. The exhibitions will be enhanced and made more visitor-friendly.

I call on all who are reading this and support cryptozoology to consider donating at least $10 each. A massive grassroots effort will get this museum off on the right foot.

For those that can afford it, for everyone that donates $100 or more, I will be sending you a limited edition International Cryptozoology Museum logo teeshirt, with the words “Grand Opening 2009? on it, going to the generous donators such as yourself.

For any patron who wishes to send in a donation of $1000 (one thousand dollars) or more, I shall be sending to you ~ anywhere in the world ~ a first generation copy of an Orang Pendek footcast, plus the “Grand Opening” teeshirt.

If you wish to send in your donation via the mails, by way of an international money order or, for the USA, via a check or money order, please use this snail mail address:

Thank you, and come visit the museum!! 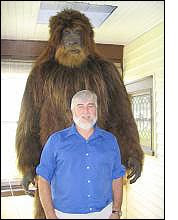 Posted by Robalini at Thursday, September 17, 2009

What an interesting blog, introduced by a thought-provoking photo. The unusual wall painting of the dwellings is also a strangely modern interpretation. Something like this hieroglyphic view of a park by Swiss painter Paul Klee, http://EN.WahooArt.com/A55A04/w.nsf/OPRA/BRUE-8LT475.
The image can be seen at wahooart.com who can supply you with a canvas print of it.